Meet the behind-the-scenes heroes at SAM. 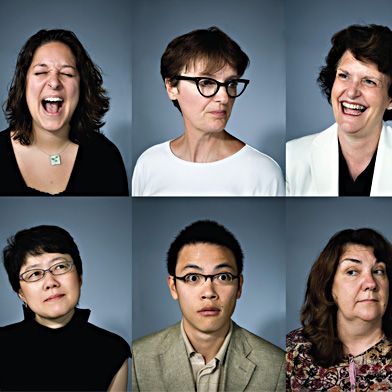 If the Seattle Art Museum had sat in psychotherapy five years ago, its diagnosis would have been simple: Patient suffered from severe identity crisis. With a collection that was neither encyclopedic nor specialized–and trapped in an outdated building–SAM was best defined by a sense of fragmentation. To quote Gertrude Stein out of context, there was no “there, there.”

The museum’s curators, led by deputy director of art Chiyo Ishikawa, were acutely aware of the problem. “When we would write grant proposals, we ended up just listing pieces,” says Ishikawa. “It wasn’t something that held together with a philosophy.”

Because they would be starting from scratch with every gallery and were lucky to receive a wealth of new pieces donated by local collectors, Ishikawa says the team considered every possible option–from arranging pieces chronologically to showing only the collection’s masterpieces. And the work paid off: Their final decision–to show works in a cultural context with a series of surprising juxtapositions–gives the museum a pulsing vitality that was absent before.

Thanks in no small part to the curators’ adventurous choices, it is virtually impossible to experience SAM the same way twice. Darling’s modern and contemporary art galleries blend seamlessly into Junker’s 19th-century American art, which gives way to Brotherton’s Mesoamerican/Andean art–as if all are engaged in perpetual conversation. Out-of-the-box decisions—such as placing turn-of-the-century portraits of women around the corner from a modern quilter’s homage to Sylvia Plath or arranging more than 1,000 porcelain pieces by color–facilitate shifting perspectives and keep viewers on their toes.

While much of the attention surrounding SAM’s opening focused on architect Brad Cloepfil’s building design and board members’ hard work, the curators are the unsung heroes. Instead of simply revamping the museum, the team managed to reimagine SAM entirely–and made the May reopening Seattle’s biggest art event of the year. The new show spotlights one of fashion’s most iconic designers

Derrick Cartwright, director of SAM since 2009, announced today via press release that he will leave