6 Washington Rums that Bring the Beach to You 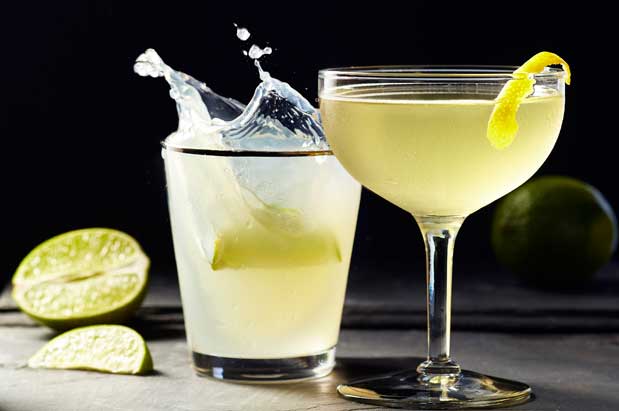 Kill-divil, hydra-monster, cursed liquor—with its dark monikers, rum has spent some time on the wrong side of the tracks, in the company of unsavory pirates and ruthless smugglers. It’s a curious spirit, with a fiery history and a present that conjures bikinis and tropics. That spirit and the fact that its main ingredients—sugarcane byproducts such as molasses or juice—aren’t exactly locally available make it a strange fit for Washington distillers. So why are so many Puget Sound–area rums now showing up on liquor store shelves?

As is often the case with local distillers, there’s usually a story behind the decision to focus on a particular spirit. Take Ryan Hembree, owner and distiller at Snohomish-based Skip Rock, who released two rums last winter. As he tells it, his wife’s best friend’s family has been farming sugarcane in Louisiana since the 1700s, and he’d always hoped to make rum using raw turbinado sugar from that farm. His first batch required 44,000 pounds of the sugar. He even named his line of rums Belle Rose, after the small Louisiana town near the farm.

For Will Maschmeier, owner and distiller at SoDo’s 3 Howls Distillery, rum is also a family affair. He used to live in Costa Rica with his father, where he experienced and fell in love with the rums of Central America, along with rum’s laidback sun-and-sand lifestyle. When he opened his distillery, he wanted to help bring that experience to the Northwest with his White Label rum, which was the first rum distilled in Seattle.

Perhaps rum’s easygoing personality stems from the fact that there are no overriding rules (unlike, say, those for bourbon), so different countries have different standards and categorizations. This gives producers lots of freedom. “It can be aged for 30 years, spiced or crystal clear, and it is all rum and each has its place,” Hembree says. Skip Rock has two different rums: a light rum that’s been aged in white wine barrels, and an amber rum aged in bourbon barrels. The distillery is also working on a third, which will begin by being aged in bourbon barrels, but then finish in used red wine barrels. Sun Liquor’s barrel-aged rum also spends time in two different barrel types, but in its case, the barrels previously had been used to age bourbon and sherry. And 3 Howls just expanded its rum selection with a limited-edition rum aged in Madeira barrels.

It’s easy to see how the freedom in making rum mingles nicely with the creativity of local distillers. But it still seems that rum’s beachside spirit and our cloudy corner of the country is a little bit of an odd match. Maybe the juxtaposition is actually driving the local rum expansion, though. Just have that first sip of a good rum, and it instantly warms your imagination and ignites dreams of sandy beaches. Like Hembree says, rum “has the ability to transport us to another place.”

Belle Rose Amber Rum, Skip Rock Distillers ($32)
A darker rum than its sibling (below), this is aged in Skip Rock bourbon barrels, and has a nice layering of flavors, a little gentle tobacco and whiskey, and then more traditional caramel, vanilla and sugar. It’s a great rum to sip solo or over ice, before experimenting with it in cocktails. Snohomish, 104 Ave. C; skiprockdistillers.com

Sun Rum Barrel Aged, Sun Liquor ($40)
This rum doubles it up: It’s both run through the distilling process twice and aged in two different types of barrels, American oak bourbon barrels and French oak sherry barrels. The end result? A taste that has apple and pear cuddling up with a little maple sugar. Try it in a rum old fashioned. Capitol Hill, 607 Summit Ave. E; sunliquor.com

Navy Strength Rum, 3 Howls Distillery ($35)
A rum suited to sailors—even those who don’t actually steer boats—this rum has a 57 percent alcohol content (equaling 114 proof). But it’s not all muscle; it has a great personality, with spice, vanilla, caramel and smoke. It’s a nice sipper, but also can play in cocktails such as The Midshipman Burns (find this recipe here). SoDo, 426 S Massachusetts St.; 3howls.com

Belle Rose Rum, Skip Rock Distillers ($30)
Though aged in American oak barrels originally used for white wine, this rum is still very light on its feet. It goes nicely in any classic summertime cocktail that calls for a white or silver rum, thanks to tropical fruit, banana and coconut notes in the taste, which are underlined by smooth vanilla and butterscotch. Try it in a daiquiri for starters.

Gold Label Rum, 3 Howls Distillery ($30)
Most “gold” rums are brought to that color with added flavorings or chemicals. Not this delicious rum, which is made from Barbados molasses and aged slightly in American oak. The flavor mingles vanilla, caramel, oak and a hint of cookies. It goes well in the mighty mai tai.

Sun Rum Silver, Sun Liquor ($32)
Much like Sun Liquor’s aged rum, this is double distilled and a great example of a classic silver rum, with a slight sugarcane sweetness. Use it to make a Mojito that will make your taste buds sing.