Our cocktail writer picks his 10 favorite drinks, plus a non-egg eggnog recipe 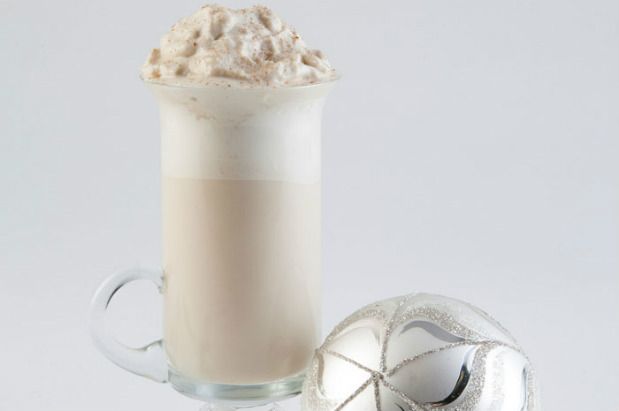 It’s that time of year! And I don’t mean the holidays (though they’re here too–and if you haven’t bought your gifts yet, don’t forget my bottled gift guide), but rather time for end of the year “best-of” lists. As you’d expect, my best-of list is focused on cocktails and what goes in them. But this isn’t just a top 10. Instead, it’s my top picks in a number of categories that seem a bit more fun.

While it’s the winter season, and the focus is on presents, parties, and paid holidays, it’s also still cold season. And while there are lots of modern flu remedies, one of the things that makes me feel less icky is a hot, spirited drink. The best I had last year was at Essex: a Hot Buttered Rum served in a big wooden glass. Spicy, buttery, rummy, healthy.

You may think mean eco-friendly, but while Sidetrack Distillery is naturally very eco-friendly (the distillery is on a farm, after all), here I’m talking about the color green. Because its amazing Lemon Verbena liqueur has a bright green hue that points to the drink’s herbal and citrus and plant-driven taste. Don’t miss it solo or in cocktails.

There’s nothing better than having a really good classic drink in a really good bar named after that very same drink. It’s a boozy kismet that makes the world feel right. And having a Damn the Weather (gin, sweet vermouth, orange curaçao and orange juice) at Seattle’s newest cocktail utopia that shares its name, and which is right down in Pioneer Square, is a great combination.

Having two outstanding bars barely a five minute drive from each other (depending on traffic), both named after classic-y cocktails, and both delivering reliably delicious drinks, is a cocktail lover’s dream come true. Belltown charmer the Rob Roy (the drink it’s named after has Scotch, sweet vermouth and Angostura bitters) has been around a few years, and continually remains un-missable.

Best Spirit or Liqueur to Have with a Cheese Sandwich: Midsommer Aquavit, Old Ballard Liquor Co.

The aquavit revolution is being firmly lead by the Old Ballard Liquor Co., in Ballard, and as I’ve learned more in the last year, I found out aquavits are traditionally matched with food. Since I eat a lot of cheese sandwiches, I needed to find the right aquavit match. And it’s the Midsommar, which is bursting with dill and other spices. Yummy.

I love the old holiday specials, and The Year Without a Santa Claus is one of my favorites, in large part because of Heat Miser, who sings a wondrously villainous song and is cool (while being hot). Watching this 1970s show is even better if you do it after having a Heat Miser cocktail (with wonderfully spicy Ancho Reyes chili liqueur, Carpano Antica sweet vermouth, and Aztec Chocolate Bitters) at the Teacher’s Lounge. Of course, if you can get bar owner and bartender Perryn to sing the Heat Miser song, you don’t need to leave the bar.

Best Spirit or Liqueur to Have Before Breakfast: Coffee Liqueur, Seattle Distilling Company

Hey, it’s the end of the year, you’ve worked hard (and maybe played hard), and now may be lucky enough to have a few days off. I’m not saying you should drink all day on those days off, but if you start a vacation day spiritedly, I certainly wouldn’t think it a bad idea. And it becomes a better idea if that morning-ish drink is Seattle Distilling Company’s rich, flavorful coffee liqueur. Maybe even try it in coffee?

Another one of my favorite holiday traditions is eggnog – really good, homemade or bar-made eggnog, that is. However, it’s tough if you don’t eat eggs. Until now, thanks to bartender Bridget Maloney of Capitol Hill’s swell bar Witness. Her new non-eggnog, called the Northwest Kentucky Comfort, is great, and she was nice enough to provide the recipe, which is below:

1. Add ice and all the ingredients to a cocktail shaker. Shake well and strain into punch glass

2. Top with coffee whipped cream, and sprinkle a pinch of freshly ground cinnamon on top.

A Note: To make clove-infused Maker’s Mark, place 20 – 25 cloves into a bottle of Maker’s Mark and let sit for 2-3 days until you have achieved desired infused flavor. To make coffee whipped cream, beat together 1 cup heavy whipping cream, 1 cup powdered sugar, and 1 tablespoon coffee liqueur with an electric mixer on medium speed for 2-3 minutes until peaks start to form.

Best Spirit or Liqueur with Numbers in the Name: Cask No. 356 American Single Malt, Westland Distillery

Westland’s Single Cask release program is remarkable. Small batch releases of super fine single malts, each different and each only around for a limited time with a limited number of bottles. If you stop by the distillery soon, you might still be able to catch a bottle of my favorite so far: Cask No. 356. It’s strong, but also has a little trailing sweetness. Try it solo, but also with a little clear water, and enjoy the different flavors released.

Best Cocktail When You Feel Hot As a Cowboy: High Plains Drinker, Liberty

It can be easy during the chillier months to forget about those sunny days of summer, which weren’t too far in the past – and aren’t too far in the future. When that sun’s beating down again, don’t skip this advice: Liberty on Cap Hill is cool, usually shaded, and they know how to refresh you with drinks like the (perfectly-named) High Plains Drinker. Its bourbon, Fernet Branca, peach liqueur, lime and lemon juice, and ginger beer combo combats the heat in fine fashion.