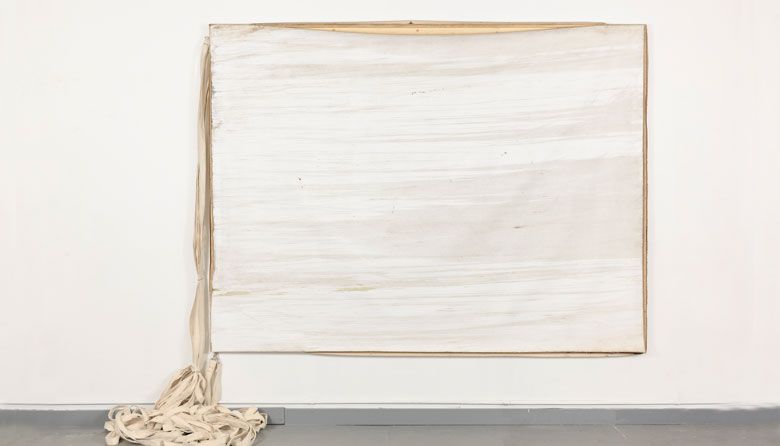 THEATER
In the Heights
Through 12/30
In 2005, way before Lin-Manuel Miranda created the greatest work of art ever fashioned by the hand of man (ahem, Hamilton, ahem), he made, together with author Quiara Alegría Hudes, this auspicious debut: a richly likable, salsa-laced musical dramedy about three steamy days in a Hispanic-American neighborhood in NYC. Times and prices vary. Seattle Repertory Theatre, Seattle Center, 155 Mercer St.; 206.443.2222 VISUAL ART
D. Allan Drummond
12/7–1/6/2019
Curiously, the architect of this exhibit, Curiosity, is not an artist per se but an assistant professor of biochemistry and molecular biology at the University of Chicago. His scientifically accurate, bronze-cast, jewelry-like sculptures of tiny creatures, such as praying mantises and trilobites, bring to mind not the world of academia but the strange fascinations of the Victorian era. Noon–6 p.m. Wed.‒Sun. Free. Roq La Rue Gallery, Capitol Hill, 705 E Pike St.

DANCE
Savion Glover
12/22
Both a path breaker and a keeper of the flame, Glover is considered by many as simply the greatest tap dancer ever. His new touring show, “All Funk’d Up,” brings six musicians and a company of dancers for an evening of hard-hitting, dazzlingly suave rhythm. 8 p.m. Prices vary. The Moore Theatre, downtown, 1932 Second Ave.; 206.467.5510 VISUAL ART
Margie Livingston
Through 12/22
Livingston’s “eureka!” moment came when a sheet of paper wafted onto the wet surface of one of her works in progress. As she peeled it off, she realized that applying paint could be just the first phase of work on a canvas; following that, you can alter and abuse it any way you like. Dragging paintings—attached to a harness on her back—face-down across pavement is one of her most outre processes, making Extreme Landscape Painting a fitting name for this exhibit. Times and prices vary. Greg Kucera Gallery, Pioneer Square, 212 Third Ave. S; 206.624.0770 MUSIC
Mavis Staples
12/1
For a protégé of Mahalia Jackson, who made a career in gospel and soul music, Staples has accrued a surprising list of collaborators: Natalie Merchant, Arcade Fire, Hozier and most recently, Wilco’s Jeff Tweedy, who wrote the songs on Staples’ 2017 album, If All I Was Was Black, a new chapter in her history of civil rights activism. “No time for crying,” she sings. “We’ve got work to do.” 8 p.m. Prices vary. The Moore Theatre, downtown, 1932 Second Ave.; 206.467.5510

THEATER
Fefu and Her Friends
Through 12/9
The University of Washington Drama Department’s acclaimed Valerie Curtis-Newton directs this Obie Award–winning play by Cuban-American playwright María Irene Fornés, which examines the dynamics of female friendship by splitting eight actresses—and the audience—among four sets, which are watched in rotation. The characters are also rehearsing a play within a play, which fractures the action even further, culminating in an explosive end scene. Times and prices vary. Meany Theater in Meany Hall, University of Washington, 4140 George Washington Lane NE; 206.543.4880

DANCE
Spectrum Dance
12/6–12/8
Spectrum borrows from itself for its Occurrence performance series, combining excerpts from works in its repertory with new creations according to the collage-making aesthetic of choreographer (and Cornish alumnus) Merce Cunningham. Also this month, there is a workshop production (12/13–12/16) of Spectrum director Donald Byrd’s Iolanta, a metaphor-rich fairy tale about a secluded blind princess. Times vary. $20. Spectrum Dance Theater, Madrona, 800 Lake Washington Blvd.; 206.325.4161

THEATER
Matilda the Musical
Through 12/30
Based on Roald Dahl’s 1988 novel, this acclaimed musical is a bit Harry Potter (children in an academic setting), a bit Beauty and the Beast (a voracious girl reader as heroine) and, well…a bit Carrie (revenge by telekinesis). Look for flying newts and a chalkboard that writes on itself, a buff youth ensemble (15 young actors who trained at a local CrossFit gym to meet the challenges of the set) and a message that director Kathryn Van Meter says “shows that young women have the power to change the story.” Times and prices vary. Village Theatre, Issaquah, 303 Front St. N; 425.392.2202

SOUND AND PERFORMANCE
Gary Hill
12/8
Sprinkle sand on the vibrating front cone of a speaker: It shifts and shimmies in response, making the audible visible. A video depicting this experiment, Mediations, is a work by Seattle multimedia (and multi-feted, with awards from the MacArthur, Guggenheim and Rockefeller foundations for his expansive, multidisciplinary explorations) artist Gary Hill, who invites you to his Belltown studio (address revealed when you buy a ticket) to witness further explorations of his fascination with sound in this performance event. 5 p.m. $150. Address TBD; 206.728.1980; cocaseattle.org Photo by Will Wilson

WORDS
Nicholas Galanin
12/6
Spilling over from one medium to another (including music), the work of this Alaskan artist (of mixed Tlingit-Unangax and nonnative ancestry) is always conscious of questions of identity and authenticity—for example, hewing a fake, tourist-souvenir “Indian” mask to bits and making a new mask from the splinters, while documenting the whole process on video. He’ll close the Frye’s five-lecture series spotlighting Native American and First Nations artists. 7 p.m. Prices vary. Frye Art Museum, First Hill, 704 Terry Ave.; 206.622.9250

DANCE
Poor People’s TV Room
12/6–12/9
The 2014 Boko Haram kidnapping of schoolgirls was the catalyst for this dance-theater piece. New York–based creator Okwui Okpokwasili (who received a MacArthur “genius grant” in October) explores, as she puts it, “the political and social agency of African women” by also evoking a 1929 female-led uprising in British Nigeria and the performative aspect of political protest in general. Times and prices vary. On the Boards, 100 W Roy St.; 206.217.9886

THEATER
The Lion King
12/13–1/6/2019
Any Disney property is already about as foolproof an entertainment prospect as there is, but the opening scene of The Lion King, in director Julie Taymor’s hands, transcends the usual screen-to-stage conversion into one of the most thrillingly theatrical moments you’ve ever seen. Which you have, but you know you want to see it again. Times and prices vary. Paramount Theatre, downtown, 911 Pine St.; 206.682.1414

MUSIC
Minus the Bear
12/14
“Friends, after almost two decades of writing and touring the world together, we have decided to close this chapter of our lives…we are honored for the opportunity to play our hearts out for you one last time.” So wrote the members of this beloved indie band, which formed in Seattle in 2001, on its website in July. They’ll bring down the curtain here after their October release of one last appropriately melancholy EP, Fair Enough. 8 p.m. Prices vary. The Showbox, downtown, 1426 First Ave.; 206.628.3151

WORDS
Richard Rothstein
12/4
Seattle’s current gentrification controversies have their roots in the city’s history of openly race-based housing and banking policies, dubbed “redlining” for the way city maps were marked delineating who was allowed to live where. Berkeley School of Law senior fellow Rothstein digs into the practice’s ugly history here and elsewhere in his book The Color of Law: A Forgotten History of How Our Government Segregated America. 7 p.m. Free. Elliott Bay Book Company, Capitol Hill, 1521 10th Ave.; 206.624.6600