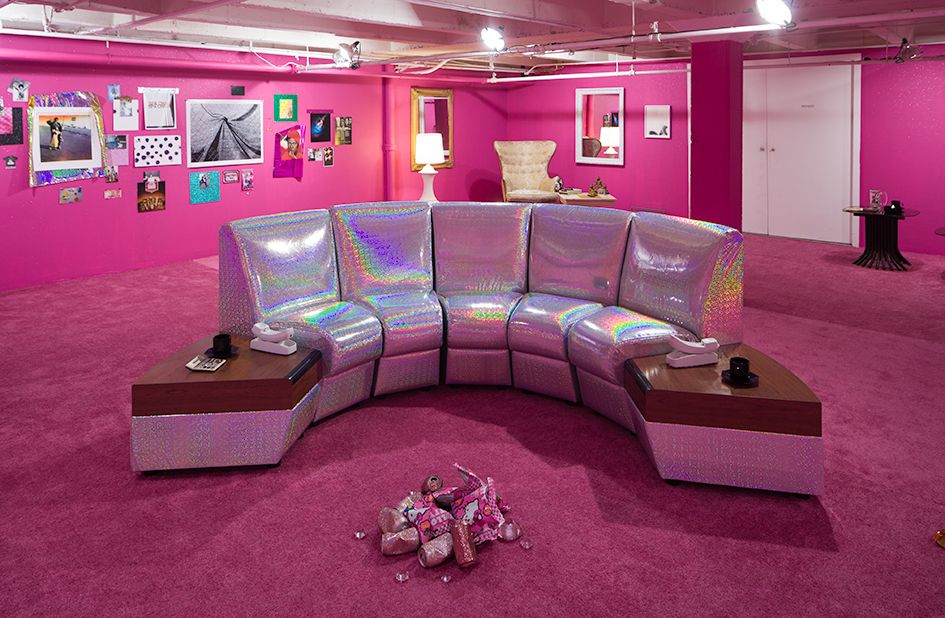 VISUAL ART
In Plain Sight
Through 4/26/2020
This exhibit’s ironic title refers to visual art and performances by an international array of artists that evoke experiences and communities (in many senses: racial, sexual, economic) still obscured from the mainstream. Among the works are Los Angeles artist Andrea Bowers’ confrontational yet celebratory photos of transgender activists of color. Henry Art Gallery, University District; henryart.org

THEATER/MUSIC
Ahamefule J. Oluo: Susan
12/5–12/8
One of on the boards’ artists-in-residence this season, the Seattle-based composer, trumpeter, writer and stand-up performer puts all these skills to use in his new performance piece about his family history, with the help of vocalists Okanamodé and Tiffany Wilson and a stellar local band. Times and prices vary. On the Boards, Lower Queen Anne; ontheboards.org

CABARET
New Year’s Eve Meow Meow
12/31
No one loves Strauss waltzes more than I do, but there can be more to a New Year’s Eve concert than that timeworn tradition. Australian cabaret artiste Melissa Madden Gray, aka Meow Meow, is the Seattle Symphony Orchestra’s guest for this year’s gala. Imagine the brain of Dame Edna transplanted into Liza Minnelli’s body and you come close to envisioning her magic. Champagne and dancing until midnight follow! 9 p.m. Prices vary. Benaroya Hall, downtown; seattlesymphony.org

THEATER
Guys and Dolls
Through 12/29
Village Theatre stands out in the area’s theater scene as a nurturer of new musicals, but it also has a way with the classics, like this snappy 1950 “musical fable of Broadway,” which brings the gamblers, the bookies and the mythical Noo Yawk of Damon Runyon’s short stories to life. Times and prices vary. Village Theatre, Issaquah; villagetheatre.org STORYTELLING
Story Party Seattle: True Dating Stories
12/8
Our universal language is no longer music, it seems; it’s romantic humiliation. In this comedy show that’s toured the world, pro storytellers recount painful dating disasters for your amusement; you can submit your own stories (anonymously) at the show or online anytime at storyparty.net. 4 p.m. $20. Market Theater, downtown; unexpectedproductions.org

VISUAL ART
Saturday University: Zoroastrian and Manichean Arts
12/7
They may sound arcane, but Northern Arizona University prof Zsuzsanna Gulasci will expertly introduce you to these ancient religions that used art as a major—and successful—method of dissemination, spreading from the Middle East to Central Asia and as far as China. 10 a.m. Prices vary. Seattle Art Museum, downtown; seattleartmuseum.org

COMEDY
Britain’s Baking Challenge
12/5–12/20
Jet City Improv adds a twist to its version of cult fave The Great British Baking Show: All the treats (yes, they’ll actually be baked onstage) will need to fit a theme suggested on the spot by the audience. On your mark, get set, bake! 7:30 p.m. Prices vary. Jet City Improv Theater, University District; jetcityimprov.org

WORDS
Michael Cunningham
12/12
In his talk “The Problem Is Never the Plot,” the Yale faculty member and Pulitzer Prize–winning novelist (The Hours) advises fiction writers to focus on creating believable characters who will “in turn take care of the plot, all by themselves.” This isn’t too big a spoiler, is it? You should go hear him anyway. He’ll be interviewed after his lecture by Portland-based novelist Cari Luna. 7 p.m. Prices vary. Hugo House, Capitol Hill; hugohouse.org