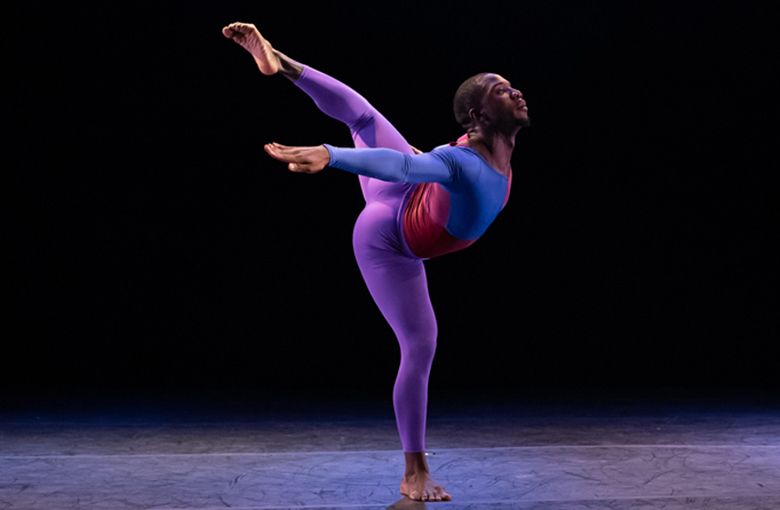 INTERDISCIPLINARY
Festival:Festival
8/2–8/3
Artists’ mission statements can now and then get a little, well…jargony, but David Rue—one of the curators for this second annual gathering of artists from historically underrepresented communities—came up with an admirably straightforward rationale. This mixed-discipline arts festival, held at Northwest Film Forum and at Amplifier, is, he says, “interested in how each artist’s work exists as a portrait of the world they want to live in and how/why these portraits of desire differ from the world we’re in now.” This directness bodes well for the work we’ll see from choreographer/performance artist Alice Gosti, transgender animator Clyde Petersen, QTPOC soul/hip-hop artist CarLarans, and many others; expect that work to be equally direct, compelling and hard-hitting. Times and locations vary. Free. festivalfestival.art

DESIGN
Seattle Design Festival
8/16–8/25
“Balance” is the theme of this year’s feast of design-related tours, exhibits, outdoor installations, activities, interactive workshops and more, taking place all over Seattle. At festival HQ, the Center for Architecture & Design, don’t miss the current exhibit of artist duo Duffy De Armas and Stefan Hofmann, who collaborate as Electric Coffin, with their own particular definition of balance in Discover + Disrupt, on view now through 8/31. Times, prices and venues vary. designinpublic.org

THEATER
Lungs
8/7–8/31
Co-presenting socially committed theater both here and in NYC since 2017, Really Really Theatre Group stages Duncan Macmillan’s play in which a couple asks the eternal question: Do we really want to bring a baby into this f***ed-up world? (It was written in 2011. Imagine how Macmillan would answer today.) Times and prices vary. 12th Avenue Arts, Capitol Hill, 1620 12th Ave.; 206.325.5015; really-really.org

VARIETY
SAM Remix
8/23
When the sun stays up late and the temp stays warm, you want to get outside on a summer evening and take advantage of it. The Seattle Art Museum knows this, and provides live entertainment and dancing in its sculpture park as further incentive. While there, check out the PACCAR Pavilion’s current exhibit: Brazilian artist Regina Silveira’s “Octopus Wrap” installation; she’s laid enormous tire tracks around the pavilion’s walls. Vroom vroom! 8 p.m. Prices vary. Olympic Sculpture Park, downtown, 2901 Western Ave.; 206.654.3100; seattleartmuseum.org FILM
Dressed to the Nines: Cinema Style
Through 8/24
Rear Window may be Hitchcock’s most eminently rewatchable masterpiece, but why would SIFF include it in this series about fashion in movies? Well, Grace Kelly’s character (who is Jimmy Stewart’s intrepid assistant as he tries to solve a murder—or is it murder?) is a fashion editor. Close enough for me. Also screening in this delish lineup: 42nd Street (8/3), Gilda (8/10) and The Women (8/17). Times TBA. $15. SIFF Cinema Uptown, Lower Queen Anne, 511 Queen Anne Ave. N; 206.464.5830

OPERA
Rigoletto
8/10–8/28
There are a lot of directions in which you can take Verdi’s tangled tragedy: Power corrupts, but so does an obsession with revenge; the powerless are mistreated, particularly women. Seattle Opera, which lately has steered its summer productions toward hot-button issues rather than escapism (Madame Butterfly, 2017; Porgy and Bess, 2018), will explore them all. Times and prices vary. McCaw Hall, Seattle Center, 321 Mercer St.; 206.389.7676; seattleopera.org

WORDS
Michelle Liu
8/29
The 2015 release of Harper Lee’s Go Set a Watchman shocked millions with its revelation of an ugly side to possibly the most beloved hero in American literature—and shocked again when it became clear that Watchman was less a sequel to To Kill a Mockingbird than a first draft. Scout’s disillusionment with her idealized father reflected readers’ own, and University of Washington English professor Liu follows up on this in her talk “The End of Atticus Finch?” 6:30 p.m. Free. Shoreline Public Library, 345 NE 175th St.; 206.362.7550; kcls.org

THEATER
Bulrusher
8/20–9/14
Growing up in the ’50s in Boonville, California—a town so isolated, it has its own dialect—the title character in Eisa Davis’ play is far removed from the agony of the civil rights movement. Until, that is, a girl from Alabama arrives to shake up Bulrusher’s world. The third show of Intiman’s season, warmly humorous and drenched in local color, including a lot of Boonville vocabulary, is directed by Valerie Curtis-Newton. Times and prices vary. Floyd and Delores Jones Playhouse, University District, 4045 University Way; 206.441.7178; intiman.org