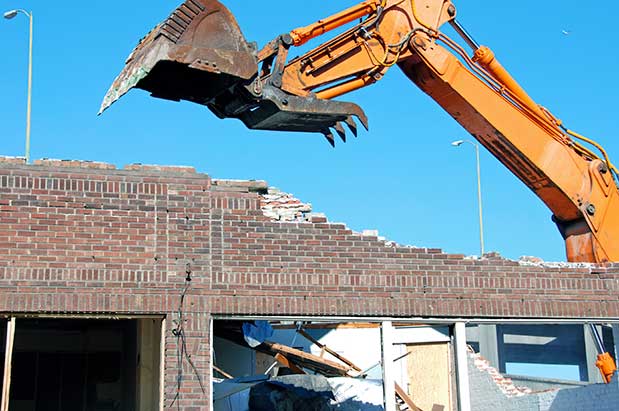 Last month, I wrote a blog post about the seeming explosion of demolitions in the city. I cited an article in ARCADE magazine by Schema Design that plotted demolition permits from 2005-2009, and from 2010-2015 (projected). A graphic that ran with the original article, not my story, heightened the dramatic sense of demolition being more common and widespread.

I was shocked by the ARCADE numbers and images—they underscored my sense that Seattle’s physical environment is changing dramatically. I said in my story that the numbers needed more analysis and I mentioned how Portland’s mayor had proposed to tax demolitions there.

I should have done more of that analysis myself before the fact. I am sorry I did not.

Turns out, the numbers in the ARCADE story were incomplete, and the conclusion of a demo explosion was vastly overstated. I said the number of demo permits was up eight times over previous numbers based on the 2005-09 figures in ARCADE, but I now know that those didn’t represent a full picture of demo permits. ARCADE has now posted a clarification with the article and hopefully will be updating its story with accurate, more complete data.

Others have weighed in. Ethan Phelps-Goodman at The Urbanist dug through the numbers and determined that the demolition of housing units is relatively stable over the last 20 years. Permits were up, he says, in 2014, by about 60%, but appeared to be declining. His conclusion: “The articles in ARCADE and Seattle Magazine no doubt tap into a widespread feeling that there are a lot of demolitions. As a value judgment, people can disagree on what constitutes ‘a lot.’ What should be clear from the data, however, is that there’s no explosion in demolitions. In fact, the pace of demolitions is entirely average.”

Roger Valdez, a strong advocate for more development, has criticized me—and my story—for fanning a sense of panic among people, that the city is being bulldozed. In a Facebook comment, he suggested that I follow up this way: “Yes, our city is changing and using qualitative measures it sure might feel like a crisis. But the numbers don’t bear that out. It’d be great if you’d do another post pointing out what you think this dissonance be between the data and the felt experience.”

I’ll explore that in future posts.