Band of the Week: The Maldives 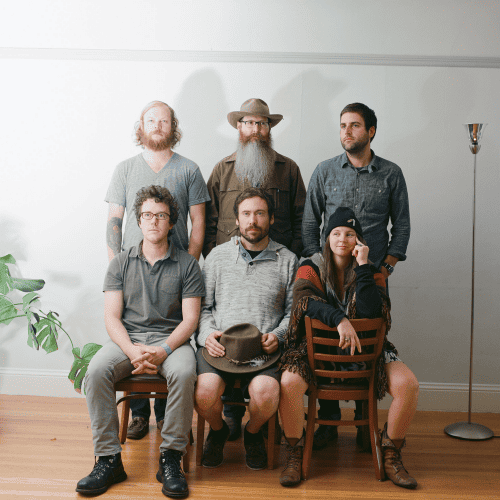 With so much happening in Seattle’s bustling music scene these days, how do you even know where to start? Allow the highly trained culture curators of Seattlemag.com to help with Band of the Week. This week, catch up with Jason Dodson of much-loved Seattle folk rockers The Maldives; his band releases its latest album, the groove- and acid-tinged Mad Lives, this Friday and performs a free in-store concert that night at Sonic Boom in Ballard. The ensemble follows the performance with two shows April 1st at The Triple Door.

In three sentences or more, tell us the story of your band: We found each other when we needed to. We built a family of misfits so we could find a way to relate to each other and to the outside world. And then we grew up, and people were still listening.

Tell us about the new project. Mad Lives is more than just a play on our band name; it is the culmination of over a decade of life lived, love lost and new horizons gained. To be honest, it is the most personal work I’ve done; there was a lot of heartache that went into the writing and making of it. That said, I don’t want to suggest that it is a sad bastard record; it is a ton of fun! It has this whole mythological, sci-fi movie, concept album bent. Self-releasing is a hard act. We don’t have the in-house support that a label offers. Faustine [Hudson, drums] books and I manage. I would love to just write and perform. Maybe one of these days, once the record is a huge hit and I’m living the high life. I am so ready for a vacation.

What does being a musician in Seattle mean to you? Seattle has always had an extremely supportive music community, from KEXP, to the venue staff and owners and even down to the musicians themselves. It has been a great city to build a band in. I mean, this is the city that made Nirvana! That said, I find it increasingly difficult to recognize my city. My city had grown and changed, just as my bandmates have grown and changed. I never thought I would say it, but this past winter was brutal! It may be time for warmer climes.

What BIG question should we ask, and what’s the answer? I should be asking YOU the questions. Like, where should I go on vacation? What is it like to take a vacation? What is a vacation? How much time do you spend on your cell phone? I guess you could ask me about the movie Logan. I dunno, I have never been much of a light talker or a future planner. I try to live day to day, night by night. At least that’s what years of therapy has taught me.

What’s next? A change of scenery perhaps. I’ve finally found a feeling of peace with myself after the catharsis of this record. I just hope my new songs don’t get too fucking happy.