Band of the Week: Porter Ray 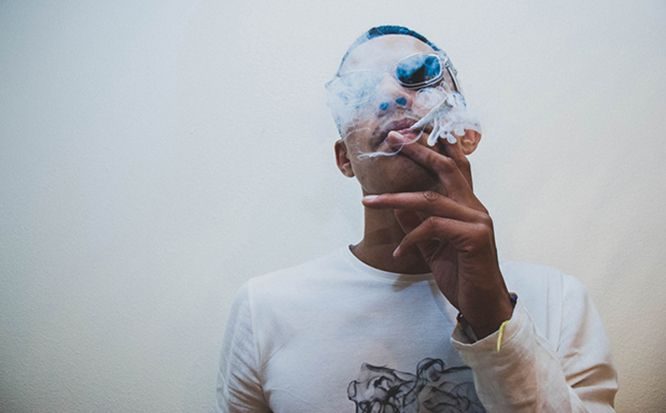 With so much happening in Seattle’s bustling music scene these days, how do you even know where to start? Allow the highly trained culture curators of Seattlemag.com to help with Band of the Week. This round, we catch up with Porter Ray, a smooth Seattle MC who just finished recording his Erik Blood-produced Sub Pop debut—due sometime early next year—and has a couple shows this month. Catch him this Saturday at the Tractor for (Stash) Pot Shop’s Second Annual Very Legal Holiday Party.

In three sentences, tell us the story of your band: 1. Born and raised in the Central District of Seattle, WA. 2. Attempting to paint exquisite photos of my reality and those surrounding me. 3. Immortalizing memories of loved ones, lost ones, and [everything] in between.

Tell us about the new project (themes, inspiration, personnel, release details, etc.): My new project is a canvas of my life. A reintroduction of myself into the world. It’s a window into my own personal world and imagination. Pieces of my journal. A reflection in a broken mirror. A pallet of my joys and traumas.

With this album I wanted to create a piece of organic, homegrown music that could be the soundtrack for our city, encapsulating a specific time period within our neighborhoods. The project includes production from B Roc and Kmtk, guest appearances from Cashtro, Nate Jack and Stas Thee Boss, and a few surprises that I’m very proud of. A lot of my actual friends and family members were involved in the recording process of this album.

In terms of inspiration I would say that Lauryn Hill’s Miseducation played a large role on this project. I wanted to try and emulate her by creating an honest and somewhat vulnerable energy around the whole album. There is also unreleased material from Central District based rap group Narcotik that was heavily influential to me on this project as well.

What does being an artist/musician/band in Seattle mean to you? Being an artist in Seattle means a great deal to me. Seattle has a very rich history of artists spanning across a multitude of genres. I hope to one day have my name immortalized amongst the other great artists of our city. Artists such as Quincy Jones, Jimi Hendrix, Bruce Lee, Kurt Cobain, and Ishmael Butler.

What BIG question should we ask, and what’s the answer? Why are innocent black men and women still being murdered in the streets? Why is our government continuing to rob natives of their land? Why is racism still such a rampant issue in our country? What are we as a collective going to do about the many problems facing humanity?

What’s next? I’ve already begun working on my sophomore album. I only intend to delve deeper into my art form, to become a better MC, a better performer and a more impactful writer and artist. I want to be the best. I want to make a difference in people’s lives, and I want to inspire our youth forever.