Band of the Week: Simon Kornelis 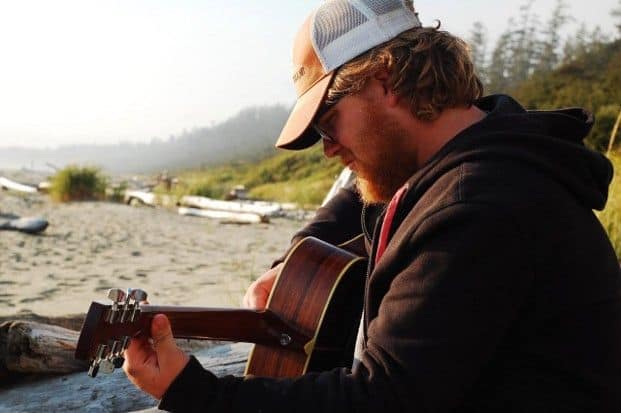 With so much happening in Seattle’s bustling music scene these days, how do you even know where to start? Allow the highly trained culture curators of Seattlemag.com to help with Band of the Week. This week, we catch up with Simon Kornelis, a hardworking Seattle guitar slinger who crafts a country blues sound, and who’s shared the stage with local and touring talent (Jon Dee Graham, The Quiet Life) alike. He’s working on a full length album about cats, and plays the Sunset this Sunday with ragtime jazz legend Del Rey and Ben Hunter & Joe Seamons.

What’s your story, Simon? I was inspired to learn to play country blues after hearing Mississippi John Hurt. After moving to the Taebaek Mountains of South Korea, I immersed myself in country blues and later moved to hybrid style guitar playing. My newest full band is called “Steakhaus” and I perform mostly on electric guitar. I think singing about your problems is awesome; I just don’t want to hear you talk about them.

What have you been working on these days? I tend to lean toward narcissism in my music and in the past have felt unsatisfied with certain songs that I feel were written from a place of selfishness. Lately, I’ve been inspired by women writers and learning about their experiences. My newest material has been inspired and directly based on new poems by Carolyne Wright, a Seattle poet and educator. We were introduced through the Jack Straw Cultural Center Anthology collaboration with Bushwick Book Club Seattle. Her poetry is very lyrical, straightforward and in my not-so-charming description, “no bullshit.” My newest song is called “Maureen.”

What does being an artist/musician/band in Seattle mean to you? Being an artist in Seattle means that I have the opportunity to perform or interact with other artists when I look for it. I appreciate being able to find shows, the ability to find gear for cheap and the opportunity to make music for as cheaply or as expensive as I choose. The last few years I’ve tried to put a positive spin and outlook on my experiences and I think this has definitely led to a more fulfilling experience, especially performing. I must also throw out there that Tacoma isn’t far away and has a great scene, you just need to reach for it.

What’s next? I perform with some of the nation’s top country blues talent this Sunday at the Sunset Tavern. Ben Hunter and Joe Seamons are award-winning blues artists. Del Rey is one of my guitar heroes, she’s a Seattle icon and true master. She does not perform too often and this is her first performance in a few months.

I also recently recorded electric guitar with Bart Budwig and in the spring he’ll release his new album, Paint By Numbers Jesus. I’m also going to have a baby in the spring and finally start finishing my album about cats, I Knead You The Most and Other Feline Spirituals. There aren’t enough cat albums, that’s my theory.