Behind the Scenes of our Pet Issue Cover Shoot

Three Seattle dogs have their day 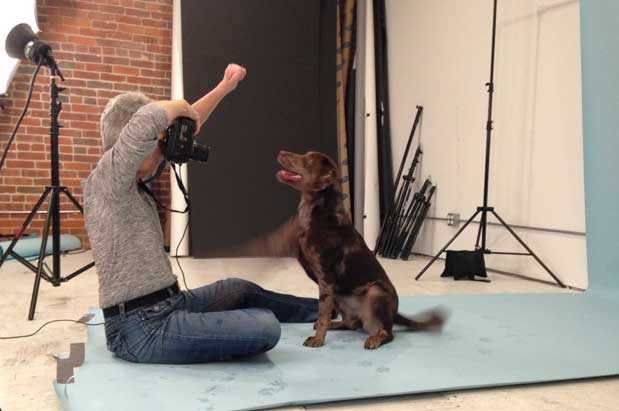 We were overwhelmed by the sweet, silly, adorable submissions we received for our February 2015 cover contest.

Not surprisingly, the majority, by a long shot, were dogs—Labs, doodles, shepherds, Frenchies, pugs, Weimaraners, Heinz 57 mutts and more (including three fabulous pups with only one eye each)—snapped while crashing on couches, hiding under blankets, conquering mountains, enduring baths and cones of shame, and even, in one case, riding a horse.

But there were also many splendid cats chewing the scenery with total confidence and touch of condescension, a floppy-eared rabbit in a hoodie, a hedgehog primping at her vanity, a cockatoo who lives with a couple of cats and a dog, a racehorse and a pair of geckos. It came down to a furrier version of America’s Next Top Model, with our animal-loving editors and art director narrowing the field and pained by each elimination round.

In the end, we went with the numbers and selected three handsome (and, as it turned out, very well-behaved) canine finalists—Tater, Aiden and Hunter—to participate in the cover shoot in December before we made our final pick. We called in the big guns with Bev Sparks, who started as a dog photographer before most of us knew there was such a thing. Although Bev usually likes to shoot a pup in his or her home or outdoors, she gamely set up in a Pioneer Square studio loft. Instead of a craft table, there were pockets filled with treats, cups filled with water and plenty of toys and squeakers.

Pick up a copy of our February 2015 issue, on newsstands Thursday, January 22, to read more our love affair with pets and see some of our other favorite furry cover star candidates. Our first cover shoot was with a rambunctious six-year-old Frenchie named Tater. Here she checks in with owner Tricia Coulter. Between takes, Tater dazzled everyone with her moves. Cover finalist Aiden keeps his eye on the ball during the cover shoot with photographer Bev Sparks and owner Andrea Jones. After the shoot, Aiden was pretty worn out from all the excitement. Photo by Andrea Jones. Andrea Jones adopted cover finalist Aiden from a Spokane shelter when he was about one-year old. Jones says in their nearly five years together, he has transformed from a fearful young dog to a loyal, insightful and loving friend. Erin and Justin Brouillette say their dog Hunter, the cover contest winner, is as an example of how rescued mystery-mutts can turn out to be the most beautiful accidents​.