Betty MacDonald: Once, Bigger Than Semple

Betty MacDonald, more popular than Maria Semple in her time, is the subject of a new biography 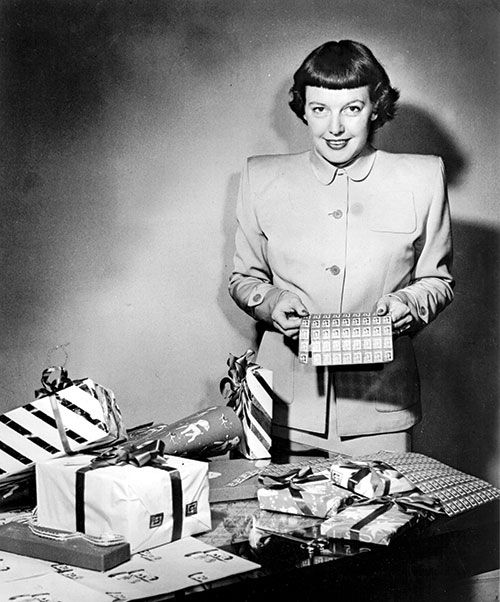 Everyone in town—any town—has her or his nose in Maria Semple’s second blockbuster novel, Today Will Be Different, which The New York Times says should be titled Mrs. Dalloway Takes Laughing Gas.

But another recently published local book that’s a gas is Looking for Betty MacDonald (UW Press, $29.95), by Paula Becker, a HistoryLink.org staff historian. It’s a highly personal, investigative biography about MacDonald, who was a bigger deal in the ’40s than Semple is today.

MacDonald’s 1945 best-selling memoir The Egg and I—which inspired the Ma and Pa Kettle movie series starring Claudette Colbert as MacDonald—satirized her life after a moonshiner, who resembled Gary Cooper, seduced her in a strawberry patch and transported her from Jazz Age Seattle to a chicken farm in Chimacum, a place near Port Townsend with 275 people, no electricity and outhouses without doors. The book debuted the week of the atomic bombing of Hiroshima; MacDonald’s hick-razzing humor felt like a relief to Americans traumatized by WWII.

Becker vividly evokes MacDonald’s personality, likening the writer and her two sisters to “wisecracking heroines of screwball comedies.” She also reveals the rage that fueled her scathing wit. MacDonald called her chicken-farmer husband “the most concentrate bastard that ever lived.” A drunk, he beat her, threatened to disfigure her pretty face, set fire to her house and, after their divorce, died in a knife-and-hatchet fight over another man’s woman.

MacDonald left that out of her book, combining his character with her nicer second husband, but The New York Times still detected sorrow in her snappy insult comedy, calling her an alchemist who “transmutes some pretty grim experiences into rollicking reminiscences.” No wonder it compared her to Mark Twain.

Although she did well with her subsequent Mrs. Piggle-Wiggle kids’ books, MacDonald’s sales slowed. She died of cancer at 50 in 1958. Even so, her influence lived on. She paved the way for Jean Kerr, Erma Bombeck, Judith Viorst and today’s avalanche of funny ladies like Semple. If all copies of The Egg and I—it’s still in print—were placed on top of each other, the stack would rise six times higher than Mount Rainier. MacDonald seems even taller in light of Becker’s deep book, a literary achievement that, like its subject, will last.