Rising stars from culture, tech and global health come together for a one-of-a-kind conversation. 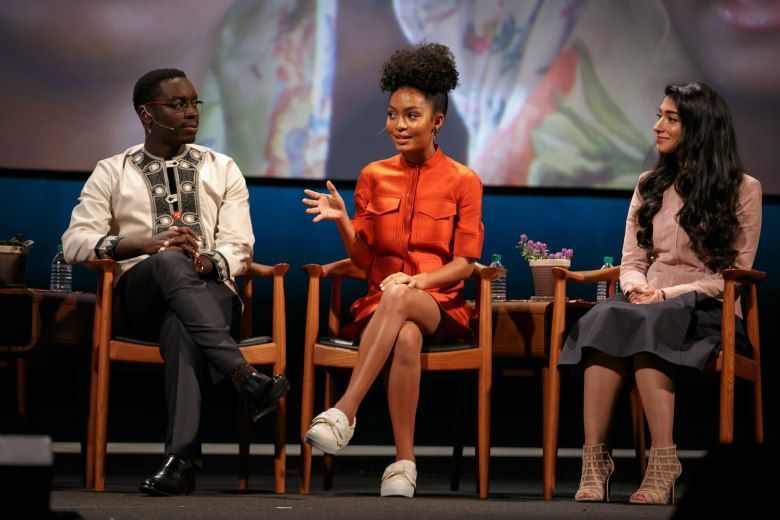 Seattle-based global health organization PATH celebrated its 40th anniversary last weekend with an event that brought together five young trailblazers for a conversation to empower the new generation of thought leaders.

While fans may know her best from her role as Zoey on ABC’s Black-ish, Yara Shahidi is using her Hollywood platform to advocate for gender equality and speak on the importance of activism. Thanks, in some measure, to Shahidi’s involvement many young women peppered the McCaw Hall crowd.

“My generation stands for globalism,” Shahidi, 17, told Seattle magazine during the event. “It’s important for us to have moments like this so we know where we can take the next step and how we can get involved.”

PATH has been committed to making healthcare accessible to the most vulnerable populations around the world for more than 40 years. Not only does the nonprofit work to ensure access to vaccines, but it also partners with innovators to accelerate the development, introduction and scaling up of new products allowing countries to build the capacity to develop high quality, low cost vaccines.

“What I love about PATH is that you have this lab of extremely creative people who are not only trying to push medicine forward, but really make it accessible to the world around them,” Shahidi said.

Described by Elaine Welteroth as “the embodiment of generation-Z,” Shahidi hopes to inspire the activists and artists of her generation to break the mold and be a voice for change.

“There are so many ways to be involved,” she said. “Sometimes there is a misconception that you have to go big or go home, like, if I’m not doing anything huge then is there a point? And there is always a point. Whether it’s one life or millions it makes a difference, and not in a cliché sense but in a very real sense.”

PATH dedicated its birthday celebration not only to honoring the visionaries who worked 40 years ago to create this new model and new approach to global health, but also to celebrate the next generation of visionaries who need to take this work forward.

“Everybody is a human and deserves to have these opportunities, so for you to be involved in helping one person in an opportunity is definitely an impact that is felt and an impact that should be respected,” Shahidi said.