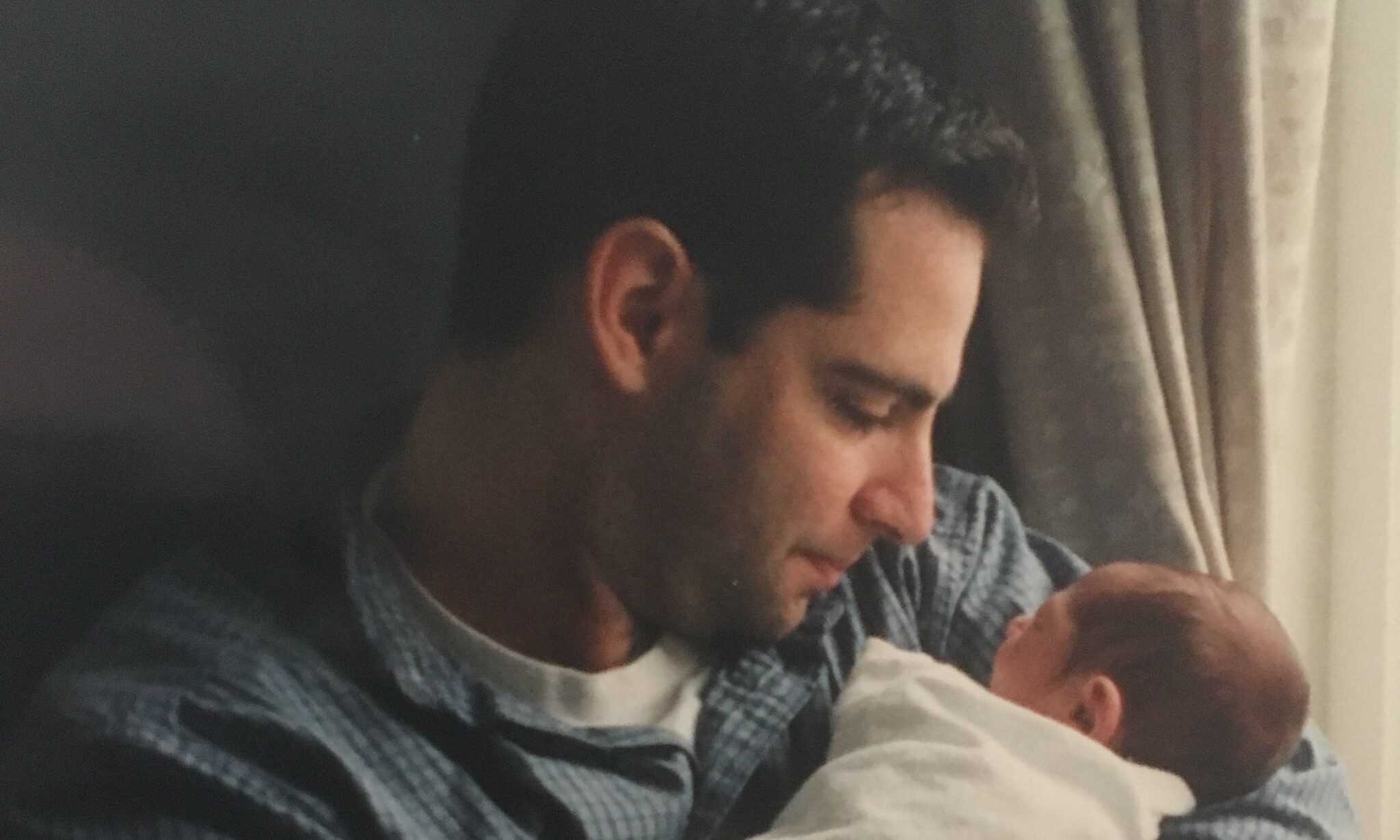 When I was 28 years old, I was diagnosed with a late-stage cancer and given a prognosis of “three months at best.” At the time, my wife was eight-and-a-half months pregnant with our only child. Not wanting to terrify her with the news, I chose instead to take the train from New York City to Boston to tell my father. Although he was a devout atheist, he chose to pray for the first time in his life: he asked God to free me of my cancer and give it to him instead. Several days later, he was diagnosed with a late-stage cancer of his own and given only months to live.

While the timing was purely coincidental (he had been complaining of stomach issues for over a year), it did very little to quell the burning guilt I felt at the time. We spent the final days and weeks of his life (and what we thought would likely be the final days and weeks of mine) together at his house along with my stepmother and younger sister in a small town outside Boston. What follows is an excerpt from “Cotton Teeth,” my recent memoir covering those final days and weeks. A beautiful, funny and painful stretch of time when I was actively losing my father while desperately trying to keep my newborn son from losing his. 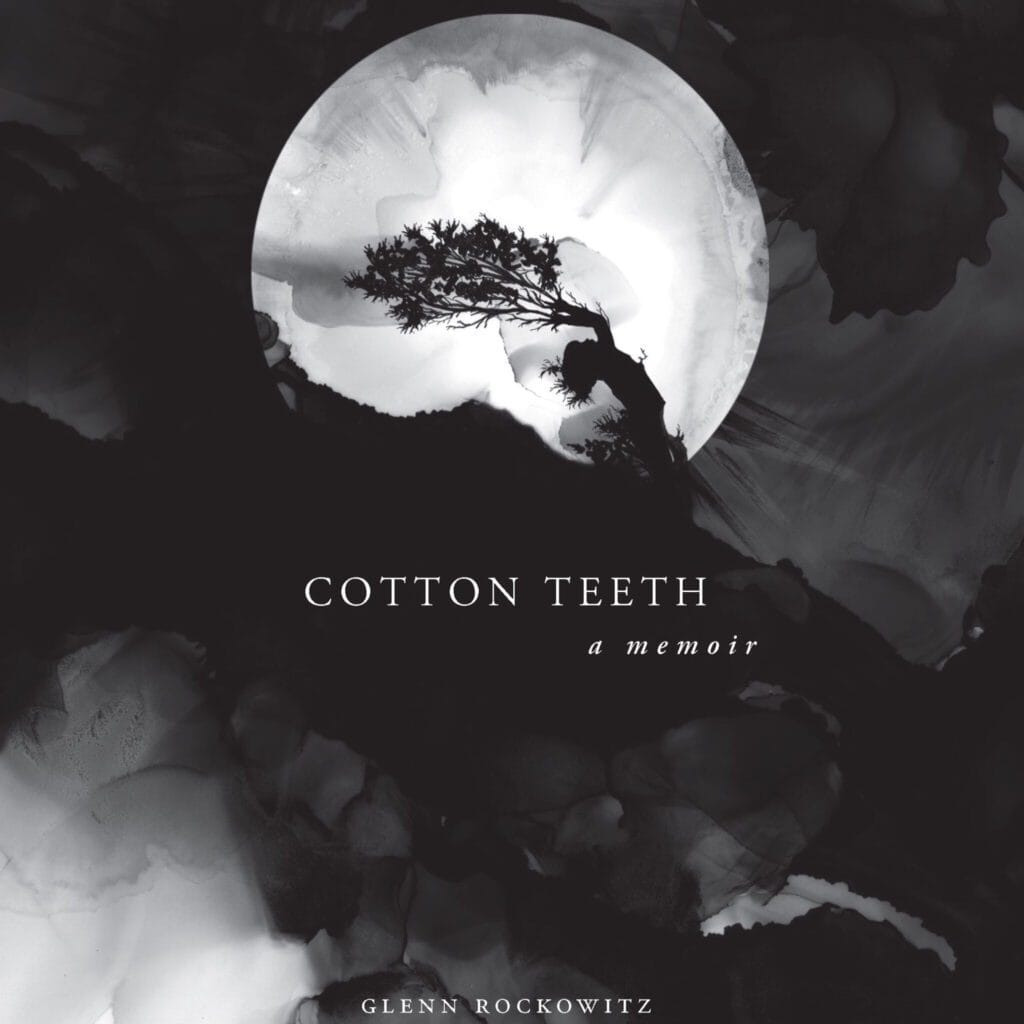 My father claps his gloved hands together, speaks.

“Feel like taking a walk to the coffee shop, Stu?”

“I’m not really up for a walk but I’d love it if you brought me back something. Maybe a decaf latte and … I don’t know, surprise me.”

Andrea gives me a don’t-forget-he-doesn’t-like-to-be-laughed-at look.

She pulls her hair back into a makeshift bun and whispers, “I’ll leave you boys to it” as she slips out of the room.

I tighten my scarf, adjust his parka collar, slip my arm around the top of his back and ease him down the front steps.

He shrugs me off.

His silence is highlighted by the silence of the snow that covers every inch of the neighborhood.

The whole tableau looks like a painting you’d see in a motel room, a kind of small-town uniformity that makes it feel like it’s been staged for tour buses.

We make our way down the block to the coffee shop, get our drinks, take the table next to the door. The floor-to-ceiling window is steamed over from the older couple getting up to leave.

I love how the steam erases the world outside, how it leaves us with both daylight and privacy.

Every other seat in the place is taken but there’s a quiet electricity in the air as if these people are all paid extras in our crappy movie scene.

He speaks for the first time since we left the house.

“Oh, Jesus. Nothing good ever comes after we have to talk.”

My throat tightens as I try to shut down the wave of emotion barreling through me. I can see he’s getting dragged out to sea and I want to be the rock he can hold onto. I take a deep breath, wipe away a rogue tear with the back of my glove, pretend it’s just a cold-weather straggler.

“… Like your sister. I know she’s only eleven, but I think this’ll be harder on her than she’ll probably show and I want you and your brother to be a part of her life. She’s so smart and interested in life in a way neither of you guys were and I don’t want that to get snuffed out.”

I start to speak and he raises his hand to stop me.

His eyes well up, his breathing gets shallow, he bites his lip to stop any of it from unraveling.

“You love Julia more than me! How’s that possible? Did you hear that music? ‘Come on, Barbie. Let’s go potty?’”

He ignores my stupid attempt to erase the mess and I don’t blame him.

“… I wrote her a stack of birthday cards. They’re in the top right-hand drawer of my desk.”

I want him to stop speaking. I don’t want the stain of his words to set.

“They all have dates on them. Andrea’s gonna handle it all but just in case something happens, please make sure you give her one every year.”

I’m going to be dead soon too, Pop.

His shoulders slump deeper with each new directive as if he’s mapping his path to the casket.

“Dad, shut up for a second. I promise I’ll do whatever it is you want or need me to do but I really believe when you put this shit out there, you give it shape. If you say you’re dying, then you’re dying. I’m not dying and you’re not dying, okay?”

There’s a hollowness in his eyes, the same dull gray kind of resignation I’ve seen in the eyes of the horses that pull the carriages in Central Park.

A tear slips from his eye, follows the crease of his nose, disappears into the crack of his lips. I grab his head and pull it against my shoulder.

There are no more bones in my heart left to break.

I point to my watch and tell him he has twenty minutes to discuss morbid practicalities, but we’ll need to move on after that.

“Okay, Pop. Clock starts now. Besides the birthday cards for Julia, what else?”

“I have a couple things in the vault that I want you guys to have, but the paperwork’s with Andrea. She’ll take care of all of it.”

“Family stuff. Jewelry, that kinda thing. I just want you guys to split it up and hold onto a few things for Julia for when she’s older.”

“Just promise me it’s not gonna be like grandma’s vault.”

He tilts his head like a dog hearing the word treat.

When my grandmother was dying, she kept telling my father and uncle that there was something in her bank vault she didn’t want either of them to see until after she died.

“Promise me, guys. Do not open it until I’m gone.”

They were both tortured by their own different theories: Were they adopted? Did my grandfather fake his own death? Was there a large pile of money waiting to be divvied up?

When she died a few weeks later, my father and uncle made a beeline for the bank vault and found that the only thing in the giant steel box was a small note written on a folded piece of lined paper that read: In the event of my death or the death of my wife, Tony gets the vacuum cleaner.

My dad and I laugh as the sun dips below the trees outside the coffee shop.

“Who the hell was Tony anyway, Pop?”

“Their next-door neighbor. That guy with the bad toupee.”

“Did you guys actually give him the vacuum cleaner?”

“He’d already taken it. He took almost everything, actually. Her TV, her dining room set, a bunch of other crap.”

We bundle up and walk back out the front door as a dampened ding of a bell announces our exit.

Tony gets the vacuum cleaner.

The street back to my father’s house is pristine again. The new snow has erased our old footprints and the streetlamps have painted a path of large yellow circles showing us the way back home.

Glenn Rockowitz, a Second City alum and former writer for “Saturday Night Live,” is a Seattle-based comedian and memoirist. His book, which was named one of Kirkus Reviews’ Best Books of 2021, was published last December by Harper & Case.