The Hollywood A-lister is reportedly a longtime fan and friend of the singer. 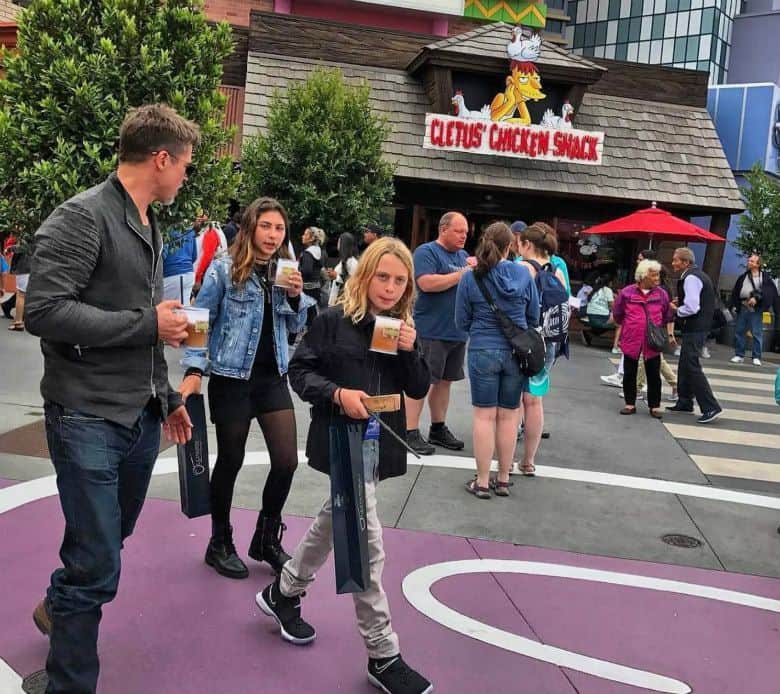 Not surprisingly for one of modern rock’s most singular voices, Chris Cornell had some famous pals. The guest book from his funeral service, held last month at Hollywood Forever Cemetery in Los Angeles, reads like a seating chart for the Grammys and Oscars combined: Christian Bale, Dave Grohl, James Franco, the Metallica guys, Brad Pitt, to name a few.

#New #BradPitt at the Universal with Chris Cornell’s kids

Pitt’s Cornell fandom and friendship reportedly goes back years. “I’m a big Chris Cornell addict, anything he does,” the actor told Cinema Confidential in 2004.

While Seattle and the music industry have publicly mourned the Soundgarden frontman’s death following a May 18 concert in Detroit, it’s undoubtedly a tough time for Cornell’s family. Last week his wife, Vicky, wrote a heartbreaking open letter to her late husband, vowing to “stand up for” him and “take care of our beautiful babies.” Cornell also has a third child from a previous marriage.

Vicky has vehemently questioned the conclusion from the Wayne County Medical Examiner’s Office that Cornell’s death was a suicide by hanging. On Thursday, the family’s attorney released a statement saying the family “remains mystified that the medical examiner announced a cause of death when the full autopsy report has not been completed.”