Cornish Bridges the Gap Between Art and Tech 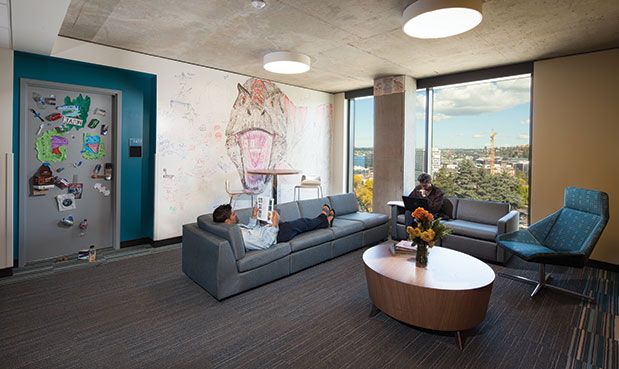 Amid the hustle and bustle of the South Lake Union tech industry, students and staff at Cornish College of the Arts are asking how they can ensure their field has a future. Much of modern art involves collaborating with technology and other artists. “At Cornish we believe in the flexibility and adaptability of art,” says Moira Payne, Provost and Vice President for academic affairs. In 2014, while still focused on fine arts and quality education, the private institution began exploring how to adapt programs and facilities to the 21st century, and looking at ways students could work in multiple disciplines. As of 2015, many of these changes are in full swing. For visual arts students, the first year, now called Foundations, consists of six, five-week modules taught by teams of staff from varying disciplines, that explore combinations of visual art, history, humanities and science. Gala Bent, the program’s leader, says students work on projects collectively, building strong network connections which encourages future collaboration.

At the conclusion of the Foundations year, students officially pick one of three pathways: Art, Design, or the new Film and Media program. Throughout their time at Cornish, visual art and performing art students work closely with Cornish’s Institute of Emerging Technology and Intermedia. In Seattle’s unique tech and art environment, iET+I supports student research and projects in digital media, helping them find pathways for their art in emerging digital practices. 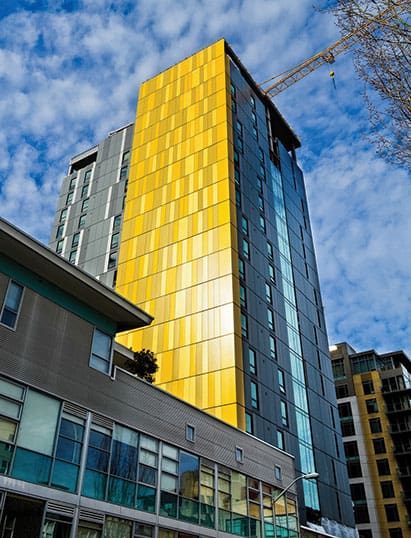 Students are also starting to network with local companies—in 2014, first year students volunteered for local non-profits, using this time as a field study for their community projects and for beginning startups of their own. A group of artists and art enthusiasts—mostly Cornish alumni—are currently working on an app called Yodel, which aims to help artists find collaborators. Still being prototyped through Cornish’s incubator program, it’s set for release in 2016.

The Cornish updates aren’t limited to its programs: The campus is changing too. Along with recent revamps of some of its older buildings, this term the college opened its brand-new residence hall, Cornish Commons (you’ve probably seen the yellow checked side of the 21-story building), which offers panoramic views, studio spaces and an outdoor lounge area.