Creating an Alternative Religious Community for the 21st Century 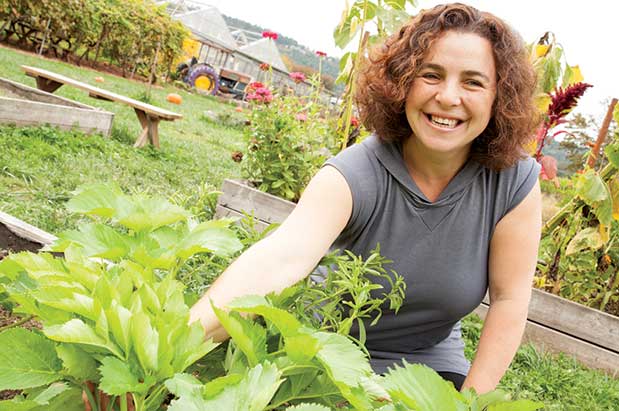 Rabbi Rachel Nussbaum came to this city wanting to “thaw the freeze,” she says. In Seattle, she found, meeting people and building Jewish culture and community can be a challenge. That’s why Nussbaum, shortly after arriving here in 2004 with her husband, Noam Pianko, cofounded The Kavana Cooperative, a nondenominational Jewish community. “In a transplant city like Seattle, it can be hard for people to meet and connect,” says Nussbaum, 39, Kavana’s rabbi and executive director.

Kavana, a Hebrew word meaning “intention,” began in 2006 as an experiment in building a contemporary, 21st-century religious group—an alternative to traditional approaches to Judaism. The first Jewish cooperative of its kind in Seattle, Kavana does not have a single place of worship, such as a synagogue. The community might meet in a café for “Coffee Shop Shabbat,” in a home for “Living Room Learning,” in a park, or in rented rooms in a local church. In addition to holding services, the cooperative also helps organize Shabbat dinners in members’ homes, as well as community activities.

“Kavana strives to offer rich Jewish content in a variety of ways, without watering it down,” Nussbaum says. Participants create programs, ranging from retreats to volunteer opportunities, a process Nussbaum describes as “organic.” Each year, the Kavana community selects areas of focus for philanthropic programs. This year, in conjunction with the Jewish harvest festival of Sukkot, members worked with Oxbow Farm, gathering leftover crops and delivering this produce to food banks.

Nussbaum, who lives in Queen Anne with Pianko and their three children, says being a rabbi is a bit like being a coach. “I sit with people and help facilitate connections.” They do the hard part, she says, “I just provide the tools.” And that’s what Nussbaum loves about her job. “The most sacred work is finding out what’s going on in people’s inner lives and bonding with them.”

NEED TO KNOW
1/ Nussbaum is the eldest of five kids. She has four younger brothers.

2/ Nussbaum grew up in Charleston, South Carolina, and attended an Episcopalian school. Her early interest in religion stemmed from educational and musical experiences at school, as well as from her family’s involvement in the Jewish community.

3/ Living in Seattle has turned Nussbaum into a coffee snob. She starts the morning off with a cup of single-origin Ethiopian coffee, brewed by her husband (or her 8-year-old, who is a great barista in training, she says).