Demolitions in Seattle: No Neighborhood is Unaffected

With demolition applications on the rise, Seattle has become one big construction site 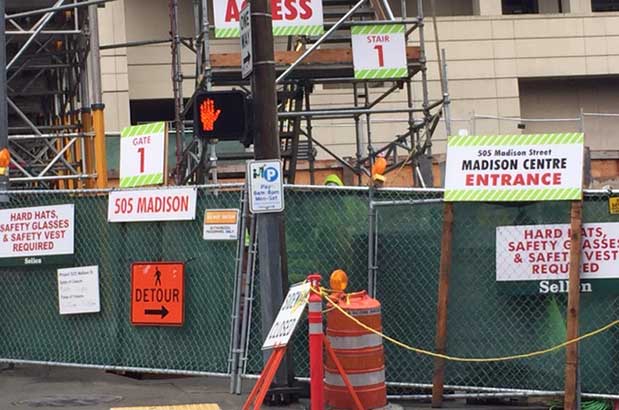 In our bi-monthly Seattlemag.com column, Knute Berger–who writes regularly for Seattle Magazine and Crosscut.com and is a frequent pundit on KUOW–takes an in-depth look at some of the highly topical and sometimes polarizing issues in our city.

We all know Seattle is changing faster than we can keep up with it. The cityscape is morphing rapidly before our eyes. That it’s become one big construction site is no illusion.

The latest issue of ARCADE magazine, published by the non-profit Northwest Architectural League, captures the moment in its fall issue. Seattle’s Schema Design has quantified what’s going on with a chart and maps of demolitions in Seattle, with numbers derived from permitting data from the city.

The scale of demolitions of single and multi-family residences, commercial buildings, schools and other structures has exploded since 2005, according to their data.

From 2004-2009, Seattle averaged just over 50 demolition applications per year. Since 2009, the number has jumped to an average of more than 400 per year—that’s eight times the previous average.

The scale of change is enormous, and demolitions are happening all over the city, with obvious concentrations in hotspots like Capitol Hill, central Seattle, and Ballard. But no neighborhood is unaffected.

The data also calls for more analysis. How many of these structures are being recycled and how many are winding up in landfill? Is such a pace producing a sustainable result? What exactly is being replaced, and what built? Not all of the new construction is multi-family housing. In some neighborhoods, people are upsizing single-family homes. What will the result look like?

Many urbanists consider this scale of change too slow.

Seattle isn’t the only Northwest city where demolitions are an issue.

Portland mayor Charlie Hales has proposed a new fee of $25,000 per demolition as a disincentive to tear down existing homes. The teardown tax would help fund affordable housing, potentially raising some $2.5 million per year for every 100 demos.

According to the Oregonian, builders would pay more for non-derelict older home demolitions. The issue in Portland is felt particularly in neighborhoods with dense, skinny house clusters that are often being replaced by larger single family homes, turning relatively affordable housing into much less affordable housing.Says the Oregonian: “Teardowns have become a somewhat regular occurrence, particularly in Portland’s inner eastside neighborhoods. Last year, developers knocked down 181 homes in parts of Portland zoned for single-family housing.”

The proponents of change are getting it.