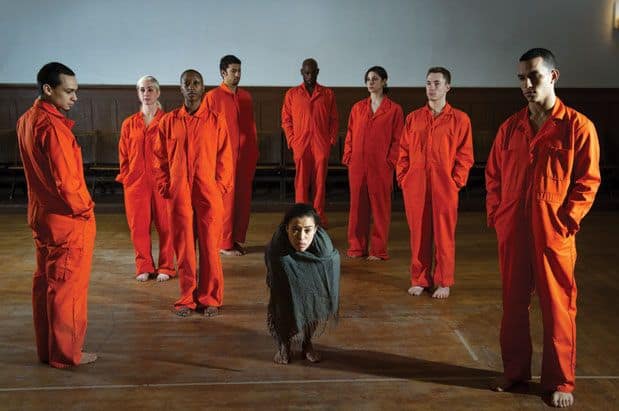 It’s been 10 years since choreographer Donald Byrd alighted in Seattle to take the helm at Spectrum Dance Theater. Previously, he gained acclaim for his work as founding artistic director (1978–2002) of the Los Angeles–born and later New York City–based Donald Byrd/The Group. Once here, he continued to garner notice, thanks to his daring, dark and often political work, and also for his ability to craft fresh takes on well-worn stories (see: the 2006 Tony nomination he received for his choreography in the stage musical The Color Purple, and the controversially sultry number he crafted for Oklahoma! at the 5th Avenue Theatre last year).

To celebrate his decade with Spectrum, Byrd is restaging the first piece he created for the company. A world premiere originally presented at Intiman Theatre in 2003, “A Cruel New World/the new normal” is a meditation on post-9/11 America. But we suspect Byrd is restaging the work with eyes full of hindsight—especially since he’s setting it at the Emerald City Trapeze Arts Aerialdrome, where soaring ceilings are heightened by an undercurrent of fear.