Tapping into the best tech-related events 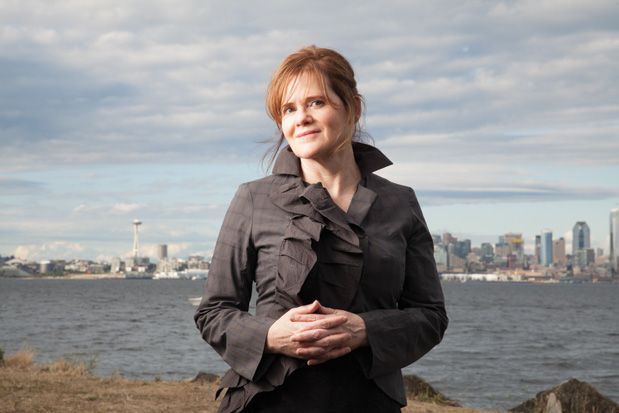 No author has captured the comedic absurdity of Seattle with more success than novelist Maria Semple, who moved here in 2008. In her 2012 novel, Where’d You Go, Bernadette? Semple gave the world an incisive, hilarious look at the manners and social mores of the Microsoft-era city-state. Its narrative format is an ingenious collection of documents, including emails, letters, legal correspondence and medical reports, relayed by the absent heroine’s 14-year-old daughter.

Semple, who was a writer for Arrested Development, Ellen and other well-known television shows, will release her new novel, Today Will Be Different, on October 4. We caught up with her as she was putting the finishing touches on her novel, from which she’ll read at Town Hall (in conjunction with The Elliott Bay Book Company) at 7:30 p.m. on October 8.

SM: Your depiction of Seattle in Bernadette brought the city’s curious blend of ambition and innocence into sharp relief. Based upon your character’s exasperation with this place, it would appear that you struggled with its culture at first. How did the city finally win you over?

MS: The weather did it! If there’s such a thing as a sun allergy, I have it. Anytime the sun comes out in Seattle, I consider it a betrayal of the highest order. And come on, the restaurants!
Your portrait of the character Elgin, a Microsoft superstar, and your account of his TED Talk in Bernadette is remarkable for its balance of persuasion and ridiculousness. What are we to make of our fellow Seattleites who believe they are building a high-tech utopian future?

Oh, gee. I’m deeply frightened about what the tech revolution is doing to our economy. It’s pretty clear that the middle class is getting gutted because of it, and Seattle is ground zero. But hey, the restaurants!

There is such a long tradition of Los Angeles writing about itself. Why did it take an outsider like yourself to finally write a novel about contemporary Seattle?

I feel wildly fortunate that I began writing Where’d You Go, Bernadette? right when I moved here, which gave me a genuine outsider’s perspective. I recognized that Bernadette’s antipathy towards a city full of strangers was funny and frankly bizarre, so I ran with it. By the end of the first draft, I was starting to warm towards Seattle. I found myself desperately warding off any positive feelings until the book was finished.

Bernadette is as much about the social fabric of its place as it is its characters. How does this compare with your new novel?

My new novel, Today Will Be Different, also takes place in Seattle. In many ways, I go deeper into the culture and geography of the city. I’ve got the Seahawks, Jazz Alley, KeyArena, the Olympic Sculpture Park, Mamnoon, Belltown, the Puyallup Fair and even the [fictitious] Galer Street School, to name a few. My heroine, Eleanor Flood, doesn’t hate Seattle, but that’s not to say I don’t get in some zingers.

The best in arts & technology

(Various) Black Box Festival
9/17–10/2 Returning in its third iteration, Black Box Arts & Technology Festival presents juried work and programming that explores how technology is transforming the arts, culture and public life. Challenging our ideas about the role and possibilities of art in our lives, Black Box draws from disparate industries and disciplines that include visual art, film, media, music, sound, performance, architecture, design and fashion. The festival continues to focus upon emerging technologies and digital culture, while the work itself will be presented in unexpected spaces throughout the city. Times and prices vary. Various locations; aktionsart.org

(Various) 9e2
10/21–10/29 Fifty years ago, artist Robert Rauschenberg and a visionary Bell Labs engineer named Billy Klüver brought together 10 artists and 30 scientists and engineers from Bell Telephone Laboratories for a project known as 9 Evenings: Theater and Engineering, which would later be regarded as a pivotal event in the history of technology-driven art. Its anniversary will be commemorated with a festival of art and technology, with invited scientists and artists from across the world coming together to produce new work. Times and prices vary. King Street Station, Pioneer Square, 303 S Jackson St.; 9e2seattle.com