Shows that will get you on your feet 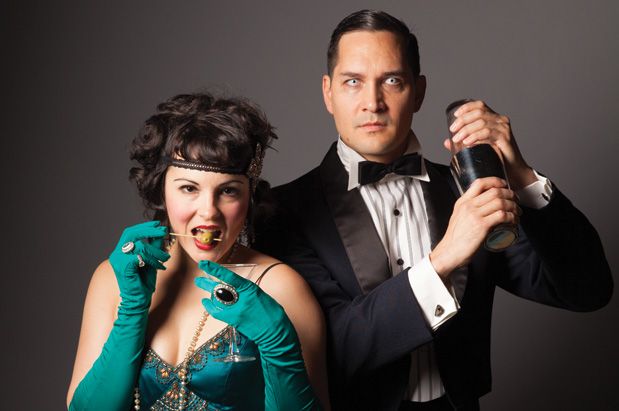 Dining Among the Dead – Cafe Nordo

Now firmly ensconced in Pioneer Square in Nordo’s Culinarium, at the former location of The Elliott Bay Book Company, the once itinerant but always lavishly produced and provocatively entertaining Café Nordo has found a permanent home to present its shows. These productions inhabit a unique intersection of culinary and performance art, with immersive staging, clever original music and distinctively thematic cuisine.

Nordo opens its 2016–17 season by presenting its new work, Hotel Nordo, a drama with a musical score that takes place in a lobby where the living and the dead cross paths, and divisions between past, present and future are blurred, crossed and broken. Directed by Erin Brindley, written by Terry Podgorski, and starring Nordo regulars Ronnie Hill, Alyssa Keene, Evan Mosher, Opal Peachey, Richard Sloniker and Ray Tagavilla, with original music composed by Annastasia Workman, Hotel Nordo will explore the hold the dead have upon the living in the form of memories, regret and loss. Expect this journey to the underworld to thrill and delight, with four courses of imaginatively paired dishes to remind us that we are very much among the living. Hotel Nordo runs 9/22–11/20. Times and prices vary. Nordo Culinarium, 109 S Main St.; cafenordo.com

The best in theater

(Experimental) Revolt. She said. Revolt again.
9/23–10/10 The Washington Ensemble Theatre’s new season focuses on radical feminism and launches with the West Coast premiere of Alice Birch’s patriarchy-bashing absurdist play, described by The New York Times as “making you question everything you say when it comes to discussing women and their relationships with men, one another and a world in a state of unending upheaval.” Directed by Bobbin Ramsey. Times and prices vary. 12th Avenue Arts, Capitol Hill, 1620 12th Ave.; 206.325.5105; washingtonensemble.org

(Drama) A Raisin in the Sun
10/5–10/30 Timothy McCuen Piggee directs Lorraine Hansberry’s groundbreaking 1959 play about an African-American family’s aspirations and struggle with intolerance as they attempt to move from Chicago’s South Side to a white neighborhood. Although much has changed since its debut, the play’s take on race relations rings true today. Previews run 9/30–10/4. Times and prices vary. Seattle Repertory Theatre, Seattle Center, 155 Mercer St.; 206.443.2222; seattlerep.org

(Butoh) Alan Sutherland: Little Brown Mushrooms
10/6–10/9 In his latest work, Seattle artist Alan Sutherland animates his lifelong obsession with mushrooms, with particular focus on the “magic” variety. Drawing inspiration from the fantasy/sci-fi children’s book The Wonderful Flight to the Mushroom Planet and including a crackerjack team of artistic collaborators, Sutherland describes Little Brown Mushrooms as a “love letter of thanks to Seattle theatergoers.” Times and prices vary. On the Boards, Queen Anne, 100 W Roy St.; 206.217.9886; ontheboards.org

(Tragedy) Medea
10/18–11/13 Is there an artist of the ancient world whose work is more at home in our own time than Euripides? The modernity of his psychological realism is as astonishing today as it must have been then. Seattle Shakespeare Company stages his most famous, and possibly darkest, tragedy. Times and prices vary. Center Theatre at Seattle Center; 206.733.8222; seattleshakespeare.org