The Belarus Free Theatre’s "Burning Doors" is a portal to a world where art is a crime. 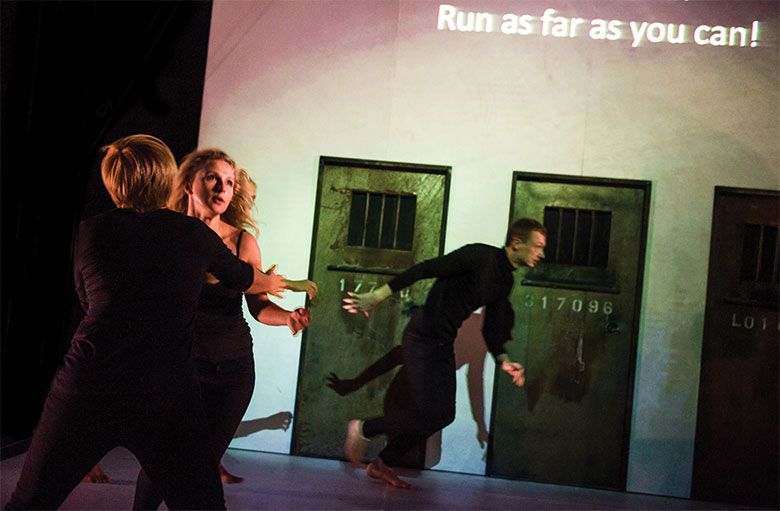 With citizens growing concerned about the protection of basic civil liberties like free speech, for some artists, the criteria for what remains relevant in art has become political, and their resulting work, intensely provocative. Case in point: A recent New York City–based Shakespeare in the Park production of Julius Caesar, intended to draw parallels between the fall of the Roman Republic and the rule of our current president (and featured the title role in Trump-like dress), resulted in enraged protesters storming the stage to prevent the dictator’s inevitable assassination. Fearful corporate sponsors responded by pulling their support.

Seattle audiences can witness what happens when the liberties we sometimes take for granted are lost when the underground Minsk-based Belarus Free Theatre, founded in 2005, brings Burning Doors to On the Boards this fall. It’s an opportunity to view a harrowing and intense statement about brutal state crackdowns on artistic expression.

Since its inception in 1978, On the Boards has brought challenging work from around the world to Seattle audiences. As the current season was under development, newly appointed executive director Betsey Brock says five members of Belarus Free Theatre were arrested in Minsk. “Their lead actor was jailed, one member was hospitalized with a concussion. But they made modifications and still did all their performances that weekend. They said, ‘It is necessary for us to show we are stronger than a dictator.’”

Brock emphasizes the importance of bringing this show to Seattle right now. “We desperately need art as a protective force against authoritarianism,” she says. “In a time where the value of public support for art is being harshly questioned by our government, it feels right to present a show like Burning Doors.”