The Must List: Your guide to Seattle's hottest events. 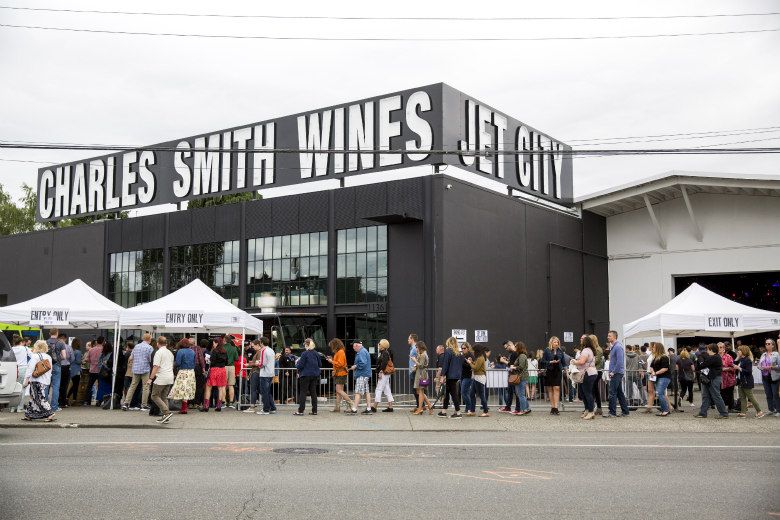 MUST BELCH?
Evergreen State Fair
(8/24-9/4) Get on up to Monroe for the 109th annual Evergreen State Fair for more activities and exhibitions than one could reasonably list, but here goes: expect lumberjack shows, petting zoos, a Civil War encampment, a belching contest and concerts from Trace Adkins, Kenny Loggins, Joan Jett and the Blackhearts, and more. There will be standard fair fare like funnel cakes and kettle corn mixed with not so Americana-leaning favorites like Thai dishes and tacos. Times and prices vary. Evergreen State Fairgrounds, 14405 179th Ave. SE, Monroe; evergreenfair.org

MUST WATCH
Cinerama 70mm Film Fest
(8/24-9/6) At Cinerama, snobbery doesn’t have to be boring. With a selection of classic films running the gamut from Lawrence of Arabia and Vertigo to Aliens and Ghostbusters, the 70mm Film Festival unites the pinnacle of film presentation with a program that displays the versatility of the art form. 70mm refers to film stock that is 70 millimeters across—twice the size most movies were shot on, before digital recording offered a cheaper alternative. Still, the visual splendor of a movie on actual film cannot be beaten and the promise of brand new film prints is enough to entice anyone back for a repeat viewing. Times vary. $16.00 per screening. Cinerama Theater 2100 4th Ave.; Cinerama.com

MUST PARTY
Linda’s Fest
(8/26) Capitol Hill’s beloved Linda’s Tavern hosts its eighth annual Linda’s Fest on Saturday, turning its parking lot into a stage for musicians Chastity Belt, Bread & Butter, Scott Yoder, DoNormaal and others. The event promises food and drink specials to accompany their regular menu, as if their insanely good happy hour prices (7-9 p.m. daily) weren’t enough to entice you to a free concert at the only watering hole where a bison skull and Laura Palmer’s homecoming photo share space above the bar. 5 p.m to 10 p.m. Free admission, 21+. Linda’s Tavern, 707 E Pine St.; Lindastavern.com

MUST SIP
End of Summer Bash
(8/26) Following jam-packed rock ‘n’ roll rosé party earlier this summer, winemaker Charles Smith stages a “Riesling Revolution” at his End of Summer Bash. Taking place at his Jet City winery in Georgetown, the event will showcase rieslings including Smith’s Kung Fu Girl and the debut of his new K Vintners Jet City Riesling, plus wines from many other local operations. The wine tasting will be accompanied with a burlesque show from the Atomic Bombshells and will be followed by performances from Calexico and an acoustic set from local indie-folk darlings The Head and the Heart. 4:30 p.m, $45-$55, 21+; Charles Smith Wines Jet City, 1136 S Albro Pl.; charlessmithwines.com

MUST CELEBRATE
Hai! Japantown
(8/26) Discover the history of Nihonmachi, aka Japantown, while also having a blast in the present at the Hai! Japantown celebration, which aims to share its neighborhood gems with a wider audience. In addition to exploring galleries and eateries, take an urban tour (hosted by The Wing Luke Museum) of the historic ‘hood, browse a maker’s market at Nagomi Tea House and shops like Momo and Kobo, or lounge at the 21-plus Chiyo’s Garden Party. Music and movie lovers might want to take in a performance by Seattle Kokon Taiko drummers or an outdoor evening screening of Big Hero Six. Delight in new findings and old favorites from this historic Seattle community. Noon to 10 p.m., locations vary. Free. Facebook.com/JapantownSeattle