Get Ready for the Seattle Art Fair 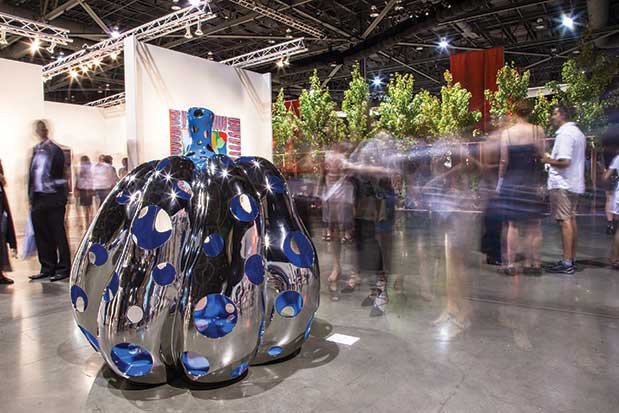 Courtesy of the Seattle Art Fair

The Seattle Art Fair returns for a second year, with representation from blue-chip contemporary art galleries, such as David Zwirner and the Zürcher Gallery, and more events and exhibits than before.

On-site projects will include several by New York artists—including Dawn Kasper’s room-size forest of motion-activated cymbals; Roxy Paine’s ominous diorama of a CIA observation room; and Adam McEwen’s full-scale graphite sculptures of supercomputers—as well as a selection of new work by Seattle’s own Jeffry Mitchell. The fair will also feature site-responsive projects in the Chinatown–International District and Pioneer Square, including special choreographic works by locals Bebe Miller and Darrell Jones and Los Angeles–based Flora Wiegmann at the historic Union Station.

There will also be talks by artists and curators, along with other stars of the creative scene, such as musician Kim Gordon with art historian Branden Joseph (8/6 at 2 p.m.), and actors Kyle MacLachlan and Carrie Brownstein (8/6 at 4 p.m.) of Portlandia. 8/4–8/7. Times and prices vary. WaMu Theater at CenturyLink Field Event Center, 800 Occidental Ave. S; 212.518.6912; seattleartfair.com