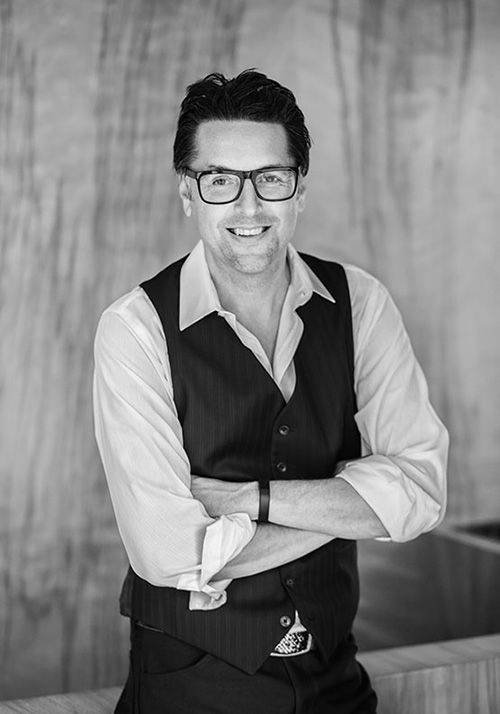 It’s not often two—count ’em, two!—Woody Guthrie-themed productions roll into town. This month, Seattle Repertory stages Woody Sez: The Life & Music of Woody Guthrie, a musical portrait of the life and work of the folk icon (which opens today and runs through the 29th of the month), and Centerstage Theatre presents Hard Travelin’ with Woody, a one-man (actor Randy Noojin) adaptation of Guthrie’s spirit and songs (running January 12-29).

But why Woody, why now? We connected two Seattle creatives, photojournalist Victoria Uhl and Greg Vandy, KEXP DJ, local producer and the author of 26 Songs in 30 Days: Woody Guthrie’s Columbia River Songs & the Planned Promised Land in the Pacific Northwest, published last year on Sasquatch Books, for a chat about it. Here, Vandy talks about Guthrie’s role in political and pop culture, past and present. (He’ll reprise the subject in person January, 10 at a post-show discussion with David Lutken, who plays Guthrie, at the Rep.)

Victoria Uhl: There’s much unrest in today’s political climate, a lot that seems parallel to Guthrie’s era when we compare things side by side. Can you speak to this a bit?

Greg Vandy: Yes, there’s many similarities. It’s the same old power struggle: private versus public interest, and our new apparent oligarchy verses the proven ideals of social democracy, which is laid out in my book. The 1930s, like now, was a time of populism; it’s just that we elected the wrong populist this time, a wolf in sheep’s clothing really, instead of a true people’s candidate. Sanders’ message was very popular and clearly showed the DNC the way forward, and the funny thing is, it wasn’t exactly a new idea. The New Deal was primarily about the same thing, creating a trickle-up instead of a trickle-down economy and taxing the rich in order to create public programs that we still benefit from today. This was very popular. Back then we scapegoated billionaires, not immigrants.

The FDR administration created a new national narrative starring the working man in a campaign—propaganda, if you will—that promoted a faith and confidence in working people. Public work projects were a big part of this as was the tackling of the big power trusts that unfairly privatized our natural resources. The public power movement of the 1920s and ’30s, which I explain in my book, provided most rural people in the Pacific Northwest and the Tennessee Valley with electricity for the first time in their lives and brought the cost of electricity way down. The investment in infrastructure, jobs and ultimately, people, paid off.

Now, everything is for sale and privatization is the game. The parallel is that the right has been fighting to reverse public investment ever since, and it seems they have finally won. We seem to think big ideas are impossible now. Can you imagine suggesting that internet service be a public utility? This is a historic moment, and I hope people can dig into the past a bit to understand where we are heading.

VU: How did Guthrie contribute to social democracy?

GV: Guthrie’s biographer Ed Cray described Woody as a “Christian Socialist,” so he never wavered from being a voice for the voiceless. He was a tireless fighter for the underclass. He wasn’t a party member or a big fan of FDR necessarily, but he certainly was interested in the big public works projects that would directly improve the lives of “his people.”

He was commissioned by the Bonneville Power Administration (BPA) to write 26 Columbia River songs about public power, irrigation and a “pasture of plenty” in the Columbia Basin which promoted a crazy utopian vision of a “planned promised land in the pacific northwest.” This idea of building the Grand Coulee dam as a huge power source was a meant to be a solution to the Dust Bowl crisis, so naturally Woody was interested and supportive of that.

The very interesting thing about the New Deal agenda, that we explain in the book, is that many artists were commissioned to create work promoting the vision of social democracy. The creative communities, outside the government, too, succeeded in sharing our American values and ideals which was necessary to not only psychologically recover from the Depression, but to double down on democracy in the face of rising fascism in Europe. The murals on post offices, the “living” theatre productions, and especially the Farm Security Administration (FSA) photographers like Dorthea Lang, Arthur Rothstein and others, the beginning of photo-journalism, who sought to communicate the American vernacular or the way real people looked and persevered during hard times, proved to be a very successful tactic in fostering a unique kind of populism. By focusing on our “cultural wealth,” Americans gained confidence and pride despite the lack of material wealth.

And to take it even further, in hindsight this was the actual beginning of the American folk revival, which later blossomed in the late ’50s and early ’60s. If you look at the collective output of all this creative work in the 1930s, it really shaped our national identity. And now 75 years later, it’s what we reference in who we are as Americans. Jimmy Stewart as George Bailey, John Steinbeck’s Tom Joad, and Woody Guthrie. Who will sing Trump’s folk songs? VU: Starting your book, how much did you did you know about Guthrie versus what you came to learn as the project came together? Any big surprises?

GV: I knew the basics and of course I knew many of his songs. I’ve aired several radio shows on KEXP about his Columbia River song cycle, which eventually spawned my book. But one thing we [with co-writer Dan Person] discovered in the research is that Woody’s Columbia River Songs are direct answers and optimistic solutions to his earlier, and more well-known Dust Bowl Ballads (which came out on Victor the year before). If the Dust Bowl Ballads are documents of drought, displacement and the migrant experience, than the CR songs are the solutions to those problems. These are some of Woody’s best songs: “Roll On, Columbia,” “Pastures Of Plenty,” “Grand Coulee Dam,” “Hard Travelin’,” and to us they are local songs. I definitely feel an attachment to them.

GV: Actually, Woody was living in one of old man Trump’s New York housing projects in the early ’50s. He wrote a song about it based on Trump’s policy to discriminate against African-Americans from living there. Old man Trump had a history of exploiting government housing contracts, meant to provide housing opportunity for needy people after the WWII, to enrich himself. Another example of how government is terrible, unless you can turn into your personal advantage, then it’s great. Nothing much changes.

VU: Tell us about Woody Sez!

GV: I haven’t seen it! But I’m looking forward to it. I hear David Lutken is great as Woody. I’ll be part of a post-show discussion with David on Tuesday the 10th, and I’ll have books for sale, too. I’ll be signing and talkin’ Woody.