Half-Dead Dancers, Spooky Showgirls at KT Niefhoff’s ‘A Glimmer of Hope or Skin or Light’ 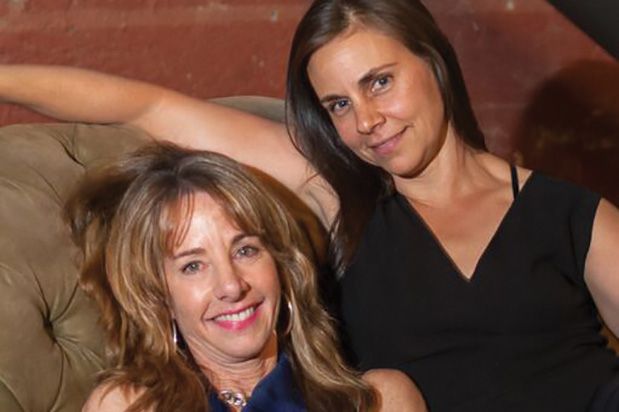 Seattle choreographer and performance innovator KT Niehoff is widely known for her dance theater company Lingo Productions, and for cofounding Velocity Dance Center in 1996. This month she presents A Glimmer of Hope or Skin or Light, a rollicking spectacle featuring a live band, spooky showgirls, half-dead dancers and an audience free to roam where it may. 10/31–11/14. Times and prices vary. Bullitt Cabaret at ACT Theatre; acttheatre.org

Nancy Guppy: Give me the elevator pitch for A Glimmer of Hope or Skin or Light.
KT Niehoff: A debauched, glam-rock, free-for-all musical that happens in a cave—and what happens there, stays there.

NG: In the press release for this show, your five core dancers are referred to as a coven. Are you a witch?
KT: Maybe. [Laughs.] When I generated this piece, I was really into the vampire universe, so I was using “coven” in a pop culture way.

NG: It’s been five years since you first presented Glimmer. Why bring it back?
KT: I heard a story on “This American Life” about a virtual universe that had been created by a bunch of people, and when it ended, it felt like the death of a world. That’s how I felt when Glimmer closed. So the chance to revisit that world was compelling to me.

NG: Glimmer blurs the line between performer and audience. What made you want to break the fourth wall?
KT: [With previous work] I felt almost narcissistic, like “Here, watch us do our thing. We’re so amazing!” It didn’t feel intimate or satisfying, so I started searching for a different kind of relationship between the watcher and the doer.

NG: What turns you on as an audience member?
KT: Something that hits so far back in the limbic system you can’t respond in a cogent way.

NG: How would you describe your approach to choreography?
KT: For years, I tried to generate material based on a preconceived idea. Now, if something catches my eye, I follow it.

NG: Glimmer features a live band, with you and Seattle musician Ivory Smith as front women. If you had to choose between choreographer and lead singer, what would it be?
KT: I grew up as a choral singer, and it’s at the very heart of me, so if somebody asked me to front an awesome band, I’d probably say, “Sure, I’ll do that!”

NG: Have you experienced an artistic high point?
KT: I think it’s Glimmer, because it feels the most outside of my command.