As we close the last chapter of 2016, let us look foward to the promise of 2017 with hope in our hearts. Here are a few things to look forward to 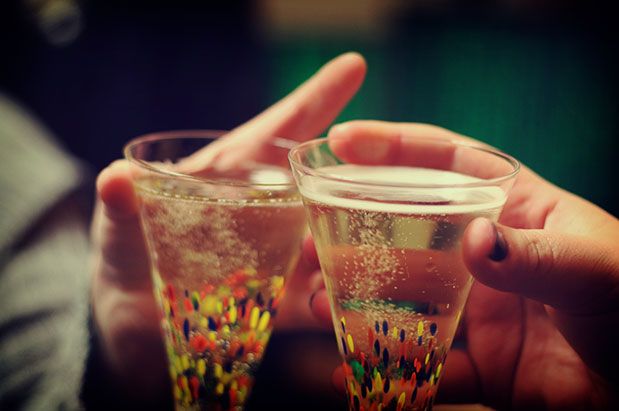 Let’s all take a collective exhale. It’s been quite a year.

2016 has seen its fair share of stress, surprise and setback. Admit it, we’re all ready to go out with the old, and in with the new (year).

As we close the last chapter of 2016, let us look foward to the promise of 2017 with hope in our hearts. Here are a few things to look forward to.

See also: Five Things Seattleites Can Be Thankful for This Thanksgiving

The noise and traffic that accompany the city’s seemingly-endless host of construction projects (oh, were the cranes not always a part of our city skyline?) finds fulfillment this year as ribbon-cutting ceremonies (real, or figurative) will usher in shiny new facilities and structures.

In a partnership with the Office of Arts & Culture (ARTS), Olson Kundig’s King Street Station third-floor cultural hub offers the city a new permanent hot spot for the arts. The transformation of the gathering space is slated for completion in summer of 2017.

Anyone’s who felt the craving for a piroshky or Elleno’s Yogurt in the past year has experienced the expansion of Pike Place’s MarketFront, a public plaza project that connects to the new, post-Alaskan Way Viaduct waterfront and includes underground parking spaces, farm and craft tables, low-income housing units, public art installations, restaurants and 30,000 square feet of open public space. The project is expected to be completed soon, in January 2017, with a grand opening celebration in June.

There’s been plenty of reasons for us to bemoan the commute times and closures on the Alaskan Way Viaduct this year (and not just from when a certain Seattle-based movie was filming). But things are moving along, so to speak. So, yes, the final removal of the viaduct isn’t expected to be completed until 2019, but it’s more than halfway done (Zone 8/10) and we can celebrate Bertha’s 2017 progress in real time.

Whether you’re a music, theater, culinary or literary geek, 2017 is chock-full of activities for every taste. Into the concert scene? In 2017, Seattle will host a number of colossal stadium shows, like Tim McGraw and Faith Hill, Coldplay, Neil Diamond, even Mariah Carey and Lionel Richie, not to mention a myriad of other local bands we love. Into acting? Broadway theater shows include a season of Finding Neverland, The King and I, Mamma Mia, Rent, Cabaret, The Secret Garden and a little show you might have heard of: Hamilton (yes, you read that right). New exhibits hit the MoPOP, SAM and other museums, Seattle kitchens are hosting new cooking classes, and local field trips will soon be underway; and of course, 2017 brings weather warm enough for our favorite outdoor activities.

While we got an early sneak-peek of the new Amazon Go checkout-less grocery store, the program is only currently open to Amazon employees as part of their beta program, but is set to open to the public in early 2017. Three cheers for no lines! What’s more, there are rumors of an Amazon drive-up grocery concept opening in Ballard (aka: “Project X”). And speaking of Jeff Bezos, another brainchild of the Amazon founder is Blue Origin, which is hoping to send test flights into space via reusable rockets in 2017. In the world of apps and online services, Seattleites can take advantage of everything from websites that help musicians connect with fans and revenue at alternative venues and an app that helps pay for parking while you shop or dine, all while enjoying the benefits of being a tech-forward city with like-minded entrepreneurs ever in search of how to make things more efficient, like the urban planning services of Pavia Systems.

We can also expect exciting things in Seattle’s world of virtual reality, as we reported in this piece from the December issue, “Seattle Companies Seek Opportunity in Virtual Reality.”