Have You Seen the Awesome Hidden Murals in Belltown?

Local and international artists have adorned a Belltown alley with spectacular murals. 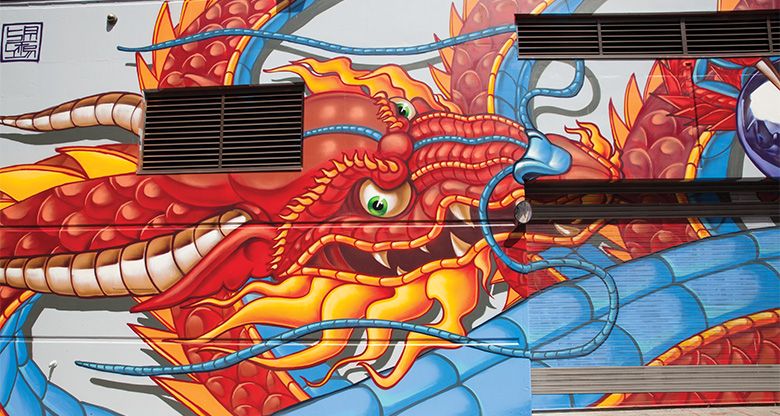 It’s a treasure hidden in plain sight: the Belltown Corridor, an alleyway turned permanent installation, accessible from Second Avenue between Lenora and Blanchard. The block-long display of eight murals, created by artists from Seattle and from as far away as the Netherlands, is tucked behind the brand-new arcade bar Jupiter (Belltown, 2126 Second Ave.).

“I really wanted to bring artists from outside Seattle as a way to open [it] up to the rest of the art world,” says longtime local artist and Jupiter co-owner Joe Nix.

He joined forces with Pioneer Square’s Treason Gallery to reach out to artists and invite them to participate. “As a city, we need to embrace artists as much as possible. Without artists and musicians and the cultural side, what’s the point in all these buildings being built, and [what] would be the draw for all these people moving here?”