Here They Are: The Top 20 Most Talented People in Seattle 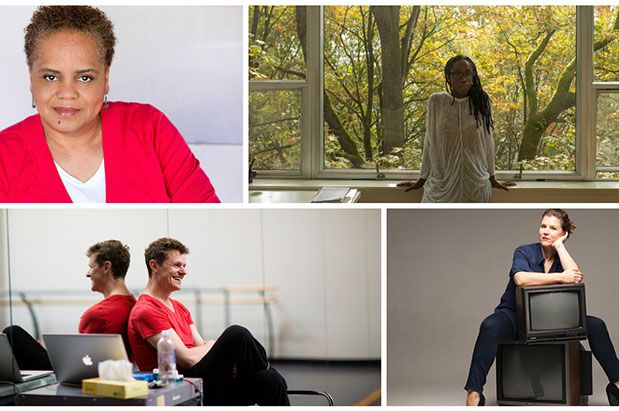 In January, we asked our readers to nominate a talented Seattle-area individual–in any profession or medium–who they thought should make our inaugural list of the Top 20 Most Talented People in Seattle. That list (entirely selected by readers) is officially live. Who made the cut?

Below, you’ll find 20 incredibly talented individuals whose work in everything from the arts to the laboratory to the kitchen is inspiring and bringing out the best in others. Congratulations are in order. What one reader had to say: Anthony is a stunning tap dancer and teacher. I have taken tap from him both in classes and privately for over 12 years. He is a virtual encyclopedia of dance legends, techniques, and rhythms, He is my favorite and artistic choreographer and one of the most patient teacher/mentors I have ever known. He is an artist who cares deeply about his profession and about every single student at every level. He brings out the best in everyone and makes us super happy to be dancing. He has given a great amount of entertainment to the public over the years and, during the holidays, volunteers dancing joy to nursing homes and charitable organizations. He is immensely talented and has made a difference for the better in many lives. Watching him dance puts me in awe and makes me smile! What one reader had to say: Incredible artistry as a dancer and choreographer. And as an artistic director of Whim W’Him!

Conceptual artist whose artwork focuses on storytelling. She uses social practice, performance art, and site specific installations in her work. Ingram is the 2014 Winner of the Stranger Genius Award What one reader had to say: Her intellect, her social practice and her grace.

Local composer and actor who has performed at many theaters around town including ACT and 5th Avenue. Recent credits include roles in The Assassins, The Music Man, Carousel, Spamalot and A Room with a View. Gray as Charles Guiteau in The Assassins, running February 27 to May 8 at the 5th Avenue Theatre; Photo by Mark Kitaoka

What one reader had to say: He’s a talented composer, actor and all-around entertainer. A true Seattle favorite.

Co-owner at The Novel Tree, a recreational marijuana retailer in Bellevue What one reader had to say: She is the rookie of the year in business start-up talent. In November 2013, she opened [recreational marijuana retail shop] The Novel Tree in Bellevue. Her store won two industry awards in 2015 [from Dope magazine]: Best Store Atmosphere and Best Edible Selection. Allie is a true business rockstar, and definitely one of the most talented people in Seattle.

Laboratory director at Pacific Northwest Fertility
What one reader had to say: She has helped countless people become parents and build a family and all behind the scenes. Rarely is she able to reap the glory and gratitude from people she has helped instead she works quietly behind closed, air pressure controlled doors with the knowledge of how important her work is. She is great inside and out! What one reader had to say: Maximillian is pushing the boundaries of culinary arts at his Seattle restaurant Eden Hill. A true talent!

Photographer whose inspiration relies on his surroundings: people, dirt roads, flora and fauna What one reader had to say: Ben is an immensely talented photographer who has become extremely popular in the Instagram community. Along with a fellow photographer, he completed a cross-country photography trip called When The Road Is Home, that was all about telling the stories of those who make their lives on the road. This trip was fully funded on Kickstarter, a testament to the level of support behind Ben and his personal brand.

Most Talented People in Seattle, Seattleites