The author and social media executive spoke at Seattle's Moore Theatre this week. 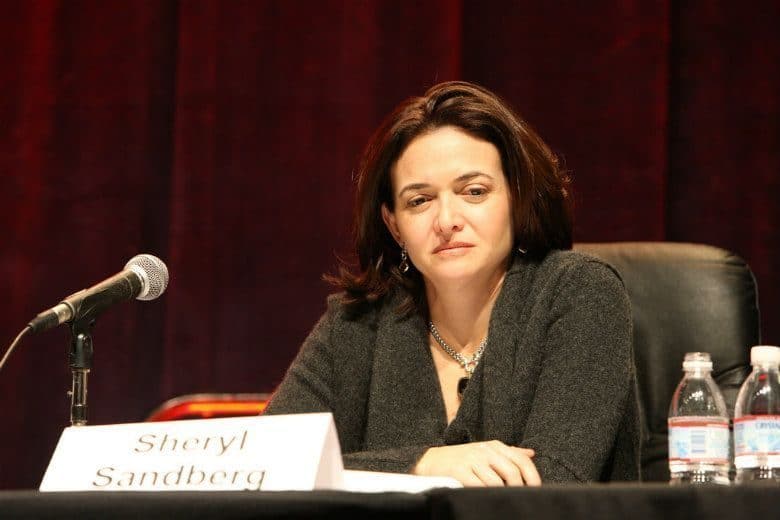 The day Sheryl Sandberg’s husband, Dave Goldberg died, Sandberg feared she’d never again find joy. She worried that her children’s lives would be ruined. And she believed that without Dave, the love of her life who had been her rock and her anchor, she could not possibly move forward.

Sandberg, COO of Facebook and author of Option B: Facing Adversity, Building Resilience, and Finding Joyand Lean In, spoke at the Moore Theatre on Tuesday, along with Option B co-author and psychologist Adam Grant. Cheryl Strayed, author of the memoir, Wild, interviewed the two. They discussed loss, suffering, and what it’s like when your world turns upside down—and how to reclaim that world and build resilience.

Sandberg had been living what seemed to be a charmed life. As a Harvard graduate with an MBA, she’d found spectacular success as a businesswomen, author and speaker. A leader in her field and a highly regarded role model, she was also the happily married mother of two. But in May 2015, her husband, CEO of SurveyMonkey, died of a cardiac arrhythmia while on vacation in Mexico.

Option B is a recounting of the grief, isolation and devastation that Sandberg experienced after her husband’s death—and the steps she took to reclaim her life. One of her first moves was to call Grant, her longtime friend. “What do I do?” she asked him. “Resilience is a muscle,” he told her. “We build it.”

The book’s title came from a conversation Sandberg had with another friend, who, shortly after Goldberg’s death, came up with a plan for an upcoming father-child activity: Someone, he suggested, would fill in for Dave. “But I want Dave. I want option A,” she cried. “Option A is not available,” said her friend. “So let’s just kick the shit out of option B.”

At the Moore Theatre, the speakers traded tales of adversity—Strayed had lost her mother while she was in college—and spoke of the personal transformations that often evolve from crises and great loss. Sandberg calls this “post traumatic growth.” People thrive, she said, because of their sorrows. “I have grown and learned; I’m now a deeper, more connected person.”

Sandberg recounted the way her friends attempted to reach out to her. Some simply ignored the “elephant in the room” and said nothing at all. Others asked, “Is there anything I can do?” That question, she said, shifts the burden to the person who’s in pain. “Sure,” she wanted to reply. “Can you make Father’s Day go away?”

Sandberg learned, she said, that “we all need to acknowledge each other’s pain.” Just call, she said. Come over. Bring dinner. “You don’t have to be someone’s friend from the first grade to show up.” And never, ever ask, “How are you?” Ask, “How are you today?”

She felt pure joy again—the first time since Dave’s death—while dancing at a bar mitzvah. But she quickly burst into tears. She felt guilty; how could she find pleasure when her husband was gone? Then Dave’s brother reminded her that above all, Dave had always wanted her to be happy.

At Grant’s suggestion, Sandberg began to write down three moments of joy each day. She still does it. This has helped her rediscover her gratitude for life, she said. She encourages others to search for that gratitude, and to give themselves permission to be happy.

After all, she said, “No one’s life is perfect. Everyone lives some form of Option B.”