The Seattle Art Fair brings a Biennale vibe to the Northwest 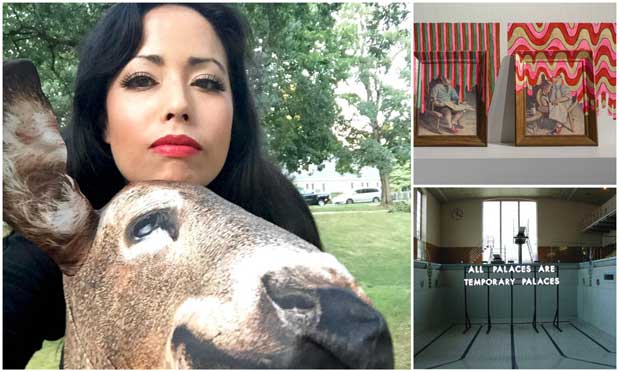 Presumably, one of the cool things about being Paul Allen is having enough money to fund all of your interests. The Microsoft cofounder has invested heavily in his hobbies, including planes (Flying Heritage Collection), brains (Allen Institute for Brain Science), music, sci-fi and moviegoing (EMP Museum and Cinerama).

But he’s also an avid art collector, which explains why his company, Vulcan Inc., is coproducing the inaugural Seattle Art Fair.

“It emanates from Paul Allen’s vision that art should be accessible to all,” says Vulcan’s director of art collections, Mary Ann Prior. Conceived in the style of global arts fairs such as the Venice Biennale and Art Basel, the event is intended to be an annual Seattle arts staple.

Among the approximately 60 galleries exhibiting at CenturyLink Field are about a dozen Seattle  galleries (including stalwarts Greg Kucera, G. Gibson, James Harris, Winston Wächter and Woodside/Braseth). Vulcan partnered with Brooklyn-based Art Market Productions (which has created art fairs in San Francisco, New York City, Houston and Miami) to coordinate the massive effort and ensure that the Seattle ethos is palpable. “Art Market really tailor-makes art fairs for each city,” Prior says. “It’s not a cookie-cutter approach.”

In homage to Seattle’s strong Pacific Rim ties, event curators have emphasized contemporary Asian art in the offerings. Also very much of this city is the fair’s overarching theme: technology, and how it’s being used to make art. But perhaps the most exciting aspect of the fair is the way it will spread out and showcase different locations across Seattle. Max Fishko, director of the Seattle Art Fair and managing partner at Art Market Productions, says, “It seems incredibly selfish to hoard all this art inside a convention center.” Accordingly, Fishko and the locally based curatorial team have planned large-scale installations and events at places that include MadArt Space, Volunteer Park, Myrtle Edwards Park and the future home of the Denny Substation. “The most important thing,” Fishko says, “is getting art from the show out into the community, and bringing the energy into the public sphere.”