Inside a Seattle Venue’s $25 Million Makeover

Serious renovations are planned for the building built in 1916. 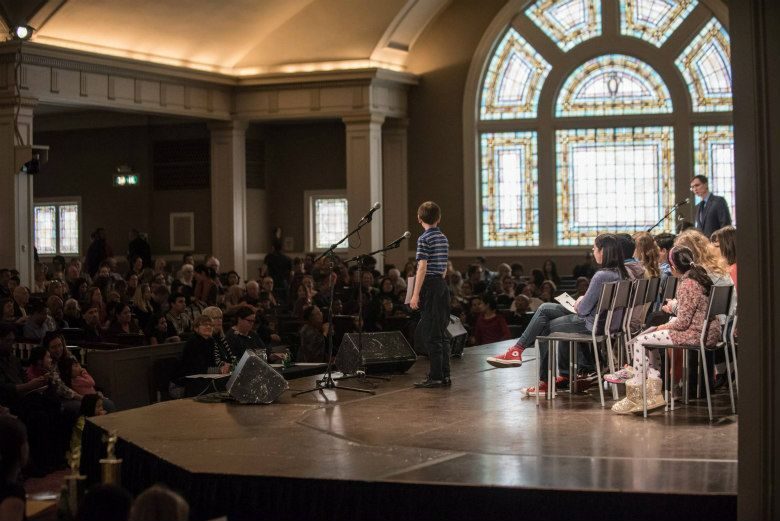 Each year, Seattle’s Town Hall hosts some 450 events on timely cultural, science and community topics that draw an audience of many thousands. In the process, it’s become what founder David Brewster originally envisioned: a community gathering place for Seattleites to engage in the issues of the day.

But the venue, inside a 1916 building that was originally the Fourth Church of Christ, Scientist, needs an upgrade. A fundraising campaign has procured most of the $25 million needed for the planned renovation, scheduled to begin this summer.

Executive director Wier Harman, widely respected and credited with expanding Town Hall’s offerings in his 13 years with the organization, answered questions about the renovation a few days before announcing that he was stepping away from day-to-day responsibilities due to a cancer diagnosis.

Why renovate now?
“We must be doing something right because other spaces throughout the country are talking to us, trying to replicate what we’re doing,” Harman says.

Although the Town Hall building has been well maintained, it’s overdue for seismic reinforcement. “There’s a pretty way to do this and an ugly way to do this,” he says. “We’ve opted for the pretty way, meaning that there won’t be any huge cross braces in the new space. The structural engineers are excited about the ‘prettier’ option.”

Where will the programming go during the renovation, which is expected to be done in the fall of 2018?
The space will close in July for a year of construction, but Town Hall brass will produce events, which they’re calling Town Hall Inside/Out, in venues throughout the city.

What’s going to change?
They’re adding 17 restrooms throughout the building, improved heating and cooling, and three new rooms (for a total of five spaces)—each with new lighting and sound systems. The downstairs area will expand to more a flexible performance space that will include a bar on one side and a library on the other. There will be a reading room and an outdoor plaza, and Town Hall will add still-in-the-works digital programming, including podcast versions of live events.

How much?
It’s a $25 million project and Town Hall’s Love This Town campaign has already raised more than $20 million, including local government funds and a gift from the Bezos family. “Since we’re 80 percent toward our goal we know the community is behind us,” Harman says. “The aim is to give this building another 100 years of life.”