‘Julia’ Debuts this Month at On the Boards

Christiane Jatahy drives a new take on the Strindberg classic 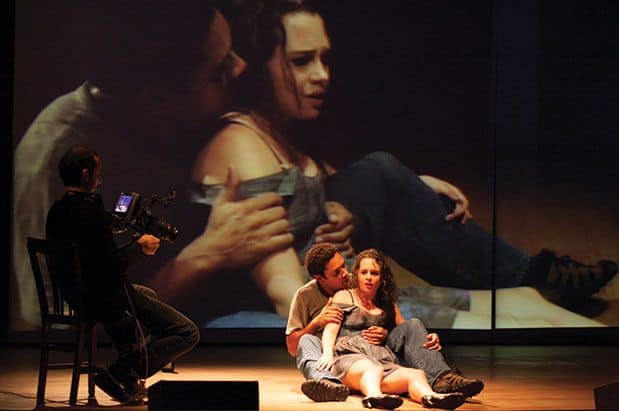 Swedish playwright August Strindberg’s 1888 play Miss Julie, a dialogue between a young countess and her father’s valet, set in the kitchen of her family’s estate, remains a potent and complex drama in which the powerful relationships of class difference, sexual desire and gender roles are negotiated, with tragic results.

Rio de Janeiro–based author and film/theater director Christiane Jatahy has reimagined Strindberg’s work in her piece Julia, making its Seattle debut this month. Set in contemporary Brazil, Jatahy’s work adds the subject of race to its nexus. And while Strindberg’s play was a seminal work of naturalism, Jatahy’s production both expands and inverts the sense of the real by having her characters simultaneously filmed and projected on stage, integrating theater and cinema, documentary and performance, reality and fiction. 2/11–14.