KOMO and Ex-Seattle Singer Collaborate on Song for Heroin Documentary 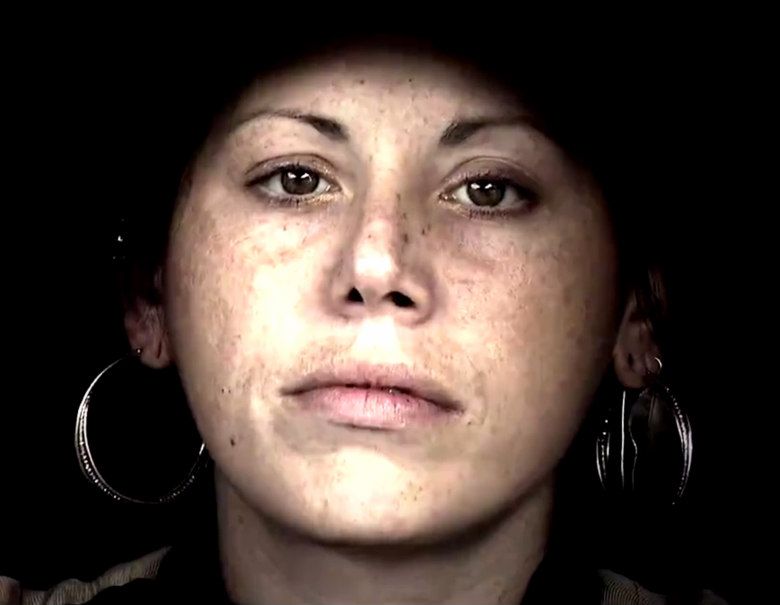 On Thursday night, KOMO debuts a documentary about the Puget Sound heroin crisis. Singer-songwriter Shane Tutmarc, a Seattle native now based in Nashville, wrote his song “The Big Sleep” specifically for the doc.

We caught up with Tutmarc, who performs as Solar Twin, and KOMO anchor Eric Johnson, who worked on the doc titled Demon at the Door: Our Heroin Crisis, to talk about their work ahead of tonight’s premiere after the NBA Finals Game 1.

Tell us the story of the track.
ST: This song would not exist without the film. Initially I was just working on atmospheric/ambient stuff for the soundtrack, but then Eric requested a song for the end credits. Although, I’ve had a number of film and TV placements over the years, I’ve never written something specifically for a film before. Between some of the dialog he had emailed me and a few clips of video, I had a pretty good sense of the project, and I even found a few lines to make reference to in the lyrics. The song came very fast, which is always a good sign.

How did you meet Eric Johnson?
ST: Eric and I go back a decade now. Although he was a familiar face from my TV screen, I got to know him as a regular at Easy Street Records in Queen Anne where I was working. Every week on release day, he’d be there buying a stack of albums. His thirst for new music was impressive to me, even as a music obsessed twentysomething at the time. Our big connection came when we discovered our mutual love of Brian Wilson and the Beach Boys. We stayed in touch, even as I’ve been living in Nashville the last seven years.

What inspirations did you draw from for this particular song?
ST: Relating to the topic wasn’t very hard, as I’ve been through some heavy addictive/destructive periods in my life. And as anyone who’s been through stuff like that knows, it’s something that is part of your daily thought process whether you are still living that way or not. So my goal with the song was to try and write it from the perspective of the user. The challenge of trying to be the best version of yourself, while being a slave to the power of the substance.

How did your working relationship with Shane start?
EJ: I was working on a documentary about a local swimmer named Marin Morrison. It was called, “Touch the Wall” and I needed music. I also had zero budget for music. I talked to Shane about it and he said he’d love to try doing some soundtrack stuff. He worked up several different “moods” and sent them to me. I paid him a couple hundred dollars out of my own pocket. We developed this little system where I would describe the feeling I wanted during a particular scene in very vague terms. “I want it to be sad, but not syrupy. It should be slow and feel like you’re remembering a friend that is gone.” Stuff like that. And then, in a day or two he’d send me something, and it would be perfect.

What’s the best and worst things about working with Shane?
EJ: Well, the worst thing is the distance. But we work around it. The other thing is, he’s very much an artist, and he’s very protective of the integrity of his work. I respect that.

The best thing is that when I have an idea for a musical texture in my head and I describe it to Shane what he delivers is better than what I imagined in my mind. Case in point, the song “The Big Sleep.” I sent him some raw interviews with heroin addicts talking about what their lives are like, the downward spiral they inevitably take and what the drug steals away from them in the process. It was gritty, desperate, soul-crushing stuff.

A couple weeks later he sent me this beautiful, fully produced song. I was stunned. He had listened to those interviews and pulled out little details and stuck them into the lyrics. And if you listen to that song, you’ll hear the optimism and euphoria of heroin, followed by the sense of loss that always follows. It sounds like a lost Beatles song, eerie and hypnotic. I jokingly called it, “Lucy in the Sky With Heroin.” It couldn’t be more perfect.

How did the idea for the documentary hatch?
EJ: A year ago I did a one-hour program … about homelessness, and it consisted of me just talking to homeless people and having them tell their stories. Pure and simple. And the reaction was overwhelming. I had people from all over the country reaching out and telling me that it changed the way they think. I realized while working on that show just how intertwined homelessness and drug use is—in particular, heroin. So, I decided to do an hour documentary about the stuff.

It’s the raw and personal stories of addicts, some alive, some now departed. It’s also through the eyes of police officers on the streets, trying to get a handle on the epidemic. It features addiction experts, and politicians and parents. I’m trying to look at this thing from every angle… to get a no-holds-barred look at the immense toll that heroin is exacting from our city, our youth, our families. It is devastating, heart-breaking stuff.