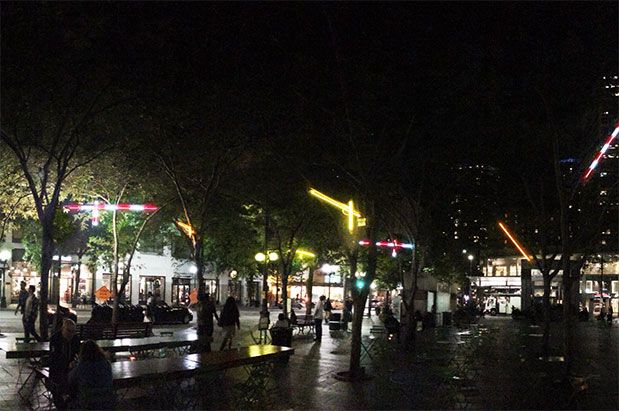 Occidental Park isn’t the only downtown spot showing off its artistic side.

The cranes, which will be up until early November, are the work of artist Julia Chamberlain, who wanted an artistic way to showcase the visible change taking place in the city.

“There’s so much development downtown, it’s a conversation piece for visitors throughout the year,” says James Sido, senior manager of media relations for the Downtown Seattle Association (DSA), which is the organization also behind the gorgeous glowing art in Pioneer Square. “This is another way to remind people that we’re growing.”

Early last year, the DSA initiated efforts to activate the city’s downtown parks, adding furniture, games and local art installations. Since last year, it has featured about 20 exhibits, featuring the work of local artists, including both student artists and established names.