The new podcast tells a story of an expedition to an Earth-like moon called Fons, a weird and wonderful world characterized by extreme tides and strange oceanic creatures 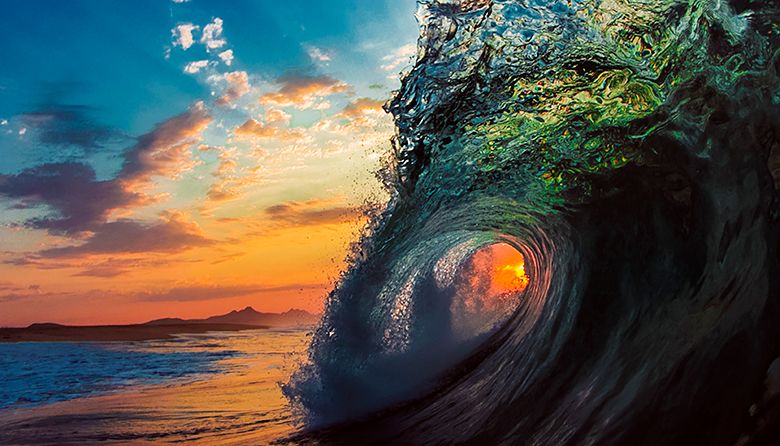 For many, the term “audio drama” might evoke the image of sitting around a radio listening to The Lone Ranger or War of the Worlds. For Ayla Taylor, it involves recording an interplanetary exploration tale with the help of an eight-person cast and crew.

Taylor, an audio drama super fan, is the producer and director of Tides, a crowdfunded, Jules Verne–inspired science fiction podcast produced in Taylor’s Capitol Hill studio apartment. It tells the story of an expedition to an Earth-like moon called Fons, a weird and wonderful world characterized by extreme tides and strange oceanic creatures. The tale is driven by Taylor’s passion for audio drama and her fiancé Jesse Schuschu’s interest in writing and biology. Schuschu, who majored in biology and is Tides’ primary writer, found the inspiration for what would become Tides in a fever dream about “snailiens” (snail aliens). Taylor convinced him to expand that peculiar concept into the podcast. Each 20- to 30-minute episode takes weeks to pull together, from writing the script and recording with remote voice actors—all tapped from the tight-knit audio drama community—to editing and sprinkling it with nostalgic sci-fi sound effects, drawn from online creative commons sources.

The 12-episode second season of Tides will be released early in 2019, and you can catch Taylor and company promoting the show at PodCon in Seattle (1/19–1/20; podcon.com). Gather ’round and listen—the radio static may just be a sound effect, but the feeling of nautical wonder is very real.