Bowie might be dead, but Williams left a ticket at will call in his name, and it didn’t go unclaimed 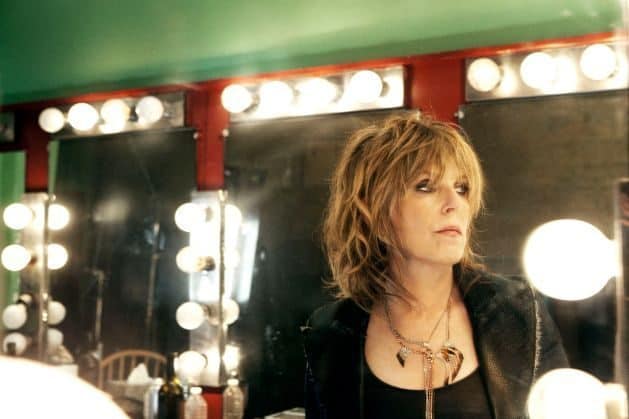 When you’re 64 years old and have won a mantle’s worth of trophies for your trouble, I reckon you can do whatever you damn well please. For instance, you could purchase an old International Harvester from the wealthy owner of the local bait and tackle store and drive it two hours east to a snotty country club. When you approach the valet station, you could pull the keys out of the ignition, throw the keys on the roof and say, “Whoops! Could you get those for me?” When the valet, who’s wearing white gloves, grabs a ladder out of the shed and fully ascends it, you could grab the spare keys from your purse, start the car, crank up the Oingo Boingo, and holler “party at the moon tower!” as you peel out on the 18th green.

Alternately, if you had a band, you could stop them 60 seconds into a song, twice, because the guitarist played D minor instead of D. Or you could book the Neptune again when you could sell out the much larger Paramount instead. Doesn’t matter—it’s your life, and you’ve already accomplished what you set out to.

I don’t know if Lucinda Williams drives an International Harvester (one can only hope), but I do know she likes red wine and the Neptune, which she played to a sold-out crowd on Wednesday, January 25. Her backing band opened the show under the moniker Buick 6, and played an instrumental version of “The Man Who Sold the World,” a tune that carries more weight in Seattle because of Nirvana’s affinity for it. Late in her set, Lucinda covered “Rebel Rebel.” Bowie might be dead, but Lu left a ticket at will call in his name, and it didn’t go unclaimed.

Lu started her set slowly, traipsing through “Something Wicked This Way Comes” and “Burning Bridges” off 2014’s Down Where the Spirit Meets the Bone. This was a fine album, but it wasn’t until her third, earlier-period track, “Pineola,” that the crowd looked to the sky, took a big swig of beer and started flat-out rocking. “2 Kool 2 Be 4-gotten,” “Drunken Angel” and “Those Three Days,” from her breakthrough album Car Wheels on a Gravel Road, were received with similar warmth. When someone shouted “Butch Trucks!” in honor of the Allman Brother who passed on earlier that day, Lu and her band turned the normally pedestrian “Steal Your Love” into a swampy jam that did the dead drummer proud.

“Essence” and “Righteously” followed in quick succession, and the crowd ultimately yelled hard for an encore. Curtain calls can be fickle—some artists use them to come out alone and play an obscure cover, and that’s fine. But Lucinda and Buick 6 reared back and played “Joy,” arguably the most cathartic song ever recorded. Catharsis is important these days. I don’t have to tell you why.