The top Seattle news stories you should be reading today 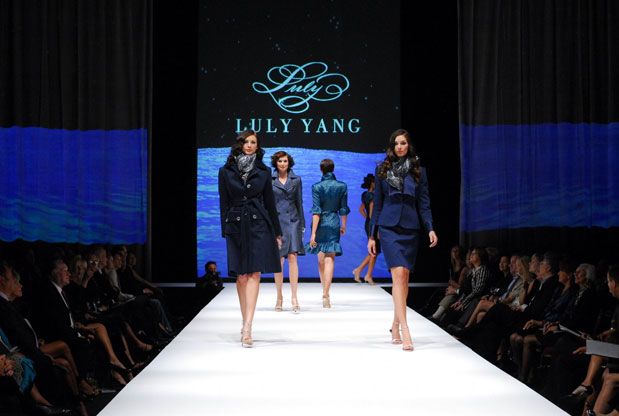 Storied and respected Seattle fashion designer, Luly Yang, is flying high. Announced just yesterday on February 11, the fashion mogul has struck a partnership with Alaska Airlines to design the company’s new uniforms. The airline, which is headquartered in Seattle, is currently undertaking a major brand update.

According to a press release put out by the two partners, Yang has been conducting research incognito while aboard Alaska flights for months now. She has been speaking with pilots, flight attendants and customer service agents to get their candid opinions on the uniforms they wear each day. Hearing what the employees had to say, not just about how they look, but also how the uniforms move and feel are equally important to designing the new clothes. With years of previous experience in graphic design, and as a former fitness instructor, Yang’s ultimate goal is to achieve a comfotable balance between form and function.

“The uniform must perform, and it must also represent the brand,” Yang said in the announcement. “And it must also have the soul of the employees who wear it.”

As to what the new attire will look like, a Luly Yang spokesperson stated there are no sketches of the uniforms yet and that Yang still needs to gather more information from focus groups with employees. With a grand total of about 12,000 new uniforms, the whole process should take about two to three years.

Local retail giant Amazon has announced a special Valentine’s Day delivery service via Prime Now. For $7.99, all Prime members can place an order for a guaranteed one-hour delivery of fresh roses through February 14. So, if you’ve been procrastinating with dread for the upcoming day, this offer could be a life saver.

The University of Washington Hyperloop team progressed into the building phase of Elon Musk’s latest viral science fiction project, one of only 26 teams selected to do so. The Hyperloop is a futuristic high speed transportation concept that Musk affectionatley calls the “fifth mode” of transportation. If you’re wondering what exactly the Hyperloop is, the simplest way to understand it is to imagine yourself in a self-contained capsule rocketing through the pnuematic tubes at the bank that run your money, checks and paper between you and the teller–except much, much faster. See the original announcement for his idea here; it’s really quite compelling.

Microsoft employees have donated a monumental amount of money to charity through the company’s Employee Giving Program, which matches up to $15,000 per employee. The Associated Press reports that a total of $125 million (a new company record) was donated to about 18,000 different non-profits from the 71 percent of employees that participated.

Sen. Maria Cantwell is asking the federal government not to give up on the Hanford site cleanup. The Obama administration is poised to reduce the budget for The Department of Energy’s (DoE) Richland Operations Office by $190 million in 2017, the Associated Press reports. The Office of Environmental Management, the arm of the DoE charged with the mop-up, refers to Hanford as a part of the largest environment cleanup program in the world.

The Obama administration has also said, as another part of its 2017 budget proposal, that Seattle could receive up to $75 million for the City Center Connector streetcar project. The Seattle PI also reports that an additional $1.1 billion for the Link light rail between Northgate and Lynnwood could be coming our way.

News of the day