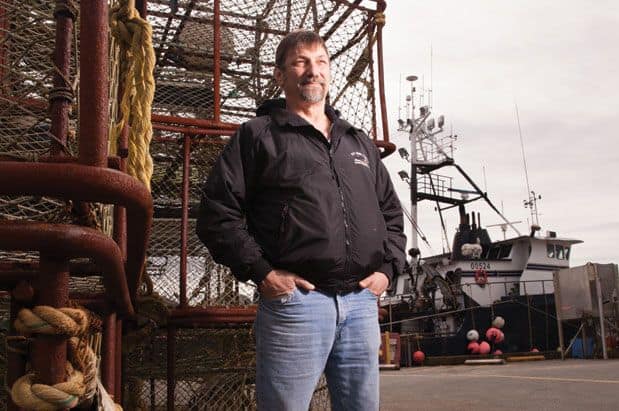 The Maple Valley resident says his earliest memory is that of being on a boat with his father at age 3. He followed in his dad’s footsteps, becoming a crab fisherman right after high school, but never expected his work would make him famous.

In 2005, when Hillstrand, now 53, and his brother Andy were approached by the Discovery Channel about filming the expeditions of their boat, the Time Bandit, for a new show—The Deadliest Catch—they agreed, thinking it’d be something to one day show their grandkids. “No one ever thought it would turn into this,” Hillstrand says. Although he acknowledges that plenty of dull moments are edited out, Hillstrand says all the drama at high seas is entirely unscripted. “It’s real danger out there,” he says. “They don’t get to yell ‘Cut!’” Hillstrand and his crew are usually at sea for a week, navigating 40-foot waves during Alaska’s harsh winter crab season, but he’s endured much worse: three weeks at sea with dwindling supplies, boat fires, and 100-foot stormy seas, for starters. The physical and emotional toll of crabbing mean that few stick with it—especially for as long as Hillstrand has.

Maybe it’s the adrenaline rush that keeps him at sea.

“In a big storm, you’re never more alive,” he says. “Your hearing is better. Your vision is better. You don’t think about home or nothing; you’re just living in that moment. There’s nothing like that.”