The Mariners Sad But Hopeful But Sad 2015 Season 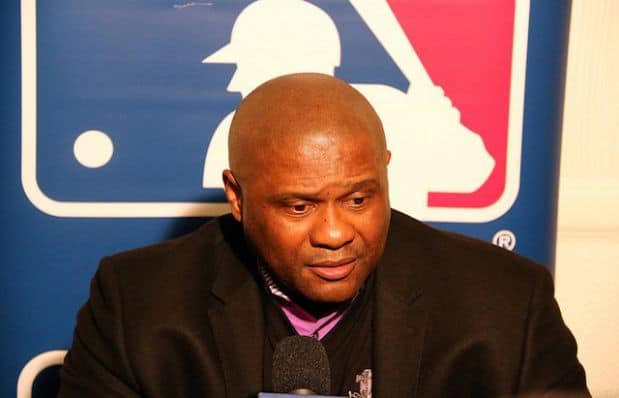 Mariners fans go into each season with a renewed hope because the season prior showed promise (think a big, new free agent signing, or the team on the precipice of the playoffs, or a new coach or general manager hire).

That’s how it felt coming into this year, too, with the squad finishing an inch from the playoffs in 2014 and, in the off season, they were able to address their biggest need, signing a big bat in outfielder/designated hitter, Nelson Cruz. He ended up being one of the best players in all of baseball, hammering well above 40 homeruns and batting above .300 for the first time in his career.

Sadly, though, everyone else on the team underperformed right from the start.

Let’s begin with Robinson Cano. It was staggering when he signed with the Mariners for $240 million instead of re-upping with the New York Yankees before the 2014 season. He was a leader for the team last year and hit .314 (above .300 for the sixth year in a row), an all-star level. This year, though, he fell flat. Various news sources reported that he was dealing with a stomach virus and his grandfather’s death. He batted about .280 this year, and that was due to a strong showing at the end of the season. Most of the year, though, he was well below that number, hitting into what seemed like never ending double plays at inopportune times, crushing momentum and everyone’s hopes. The team, as a whole, ranked 22nd out of 30 in batting average, hitting a paltry .249.

The team’s bullpen might have been the biggest story of the year. It’s rare that a relief staff makes so many people angry. And at the top of this list was Fernando Rodney blowing close game after close game in the late innings. The Mariners were excellent in close games last year and their bullpen was one of the best in the Major League. This year, though? Not so much. What’s more, they traded their best reliever, Mark Lowe, to the Toronto Blue Jays (who might win the World Series this year). He had a historically low earned run average (ERA) through much of the season.

King Felix was human. Put it this way, last year his ERA was 2.14. This year it was 3.53, his highest since 2007. That means he gave up one and a half runs more per game this year than last. For a team with an offense that never ranks high in the majors, this was a problem. He looked uninspired at times–mirroring the team in general–which is a rarity for the fiery pitcher.

Hisashi Iwakuma. One of the bright spots this season was his no hitter. He gave up zero hits to the Baltimore Orioles, something that only happens maybe a half dozen times per year and it was only the fifth in Mariners’ history. Still, he was injured for a large part of the season, he’s old for a pitcher (34) and he’s a free agent. He could have been a number two starter and someone we relied on. Never happened. My heart wants him to re-sign, but who knows what the new GM will do.

Which brings me to my next point: the Mariners signed new general manager Jerry Dipoto in September. He comes over from the Angels. He spent a ton of time in the majors as a player and in management and people keep talking about his experience with sabermetrics, which focuses on numbers and statistics above all else. Sabermetrics are fine and have worked well with the Astros, A’s, Red Sox and other teams in the league. But the track record of Seattle management has been spotty at best throughout the last 20 years. Except for 2001 when Ichiro Suzuki came into the league and won Rookie of the Year and MVP and the team won a lot of games, the Mariners have been terrible. Dipoto will probably fire manager Lloyd McClendon, who was solid but never seemed to inspire anyone, and try to do something with the young players in the farm system who’ve continually underperformed. The team will have some free agent money to spend (about $20-30 million, or so) and the organization hasn’t been scared to spend in the past but, right now, all we can do is cross our fingers.

The young guys didn’t perform — in fact they were borderline atrocious. The Mariners traded ace Michael Pineda for Jesus Montero three years ago and got nothing out of it. Fan favorite, catcher Mike Zunino, hit under .200 and might be broken forever. Dustin Ackley, who was a star in college and in the minors, hit for nothing and was traded to the Yankees this year. Rookie Taijuan Walker, who was supposed to be an up-and-coming ace for the team, had a very underwhelming 4.56 ERA and took a step or three back. The depressing list goes on. Let’s stop talking about this.

Kyle Seager was so-so. Yes, he was consistant, and maybe the one semi-bright spot for the lineup this year besides Cruz. Seager was also unimpressive more times than not. He was an all-star last year and though his average went up a fraction this year, he wasn’t the break out player many had hoped he’d be. Some could argue not moving forward was actually a step back for the third baseman, who many have pinned their hopes to. He is suposed to be the third star in the Mariners’ lineups, instead he was just mostly above average.

Opening day in 2015 was filled with hope. I gathered some friends and attended a game in the team’s opening series against the Angels. Pundits were projecting the Mariners to win the division, but before the team even took the plate in their third game they were down 4-0. While I understand it was just one game, it was also an unfortunate sign of things to come. But, of course, we ended this season with some hope: the offense got a little better, their record improved slightly and the team wasn’t too far from .500. They hired a new GM and may secure a great free agent or two in the off season, but it’s impossible not to forget that we’ve been here before.

Will next year be our year?

But I sure hope so.