Meet the Unofficial Mayor of Melrose

Patrick Jones is on a mission to create unity, one concert at a time 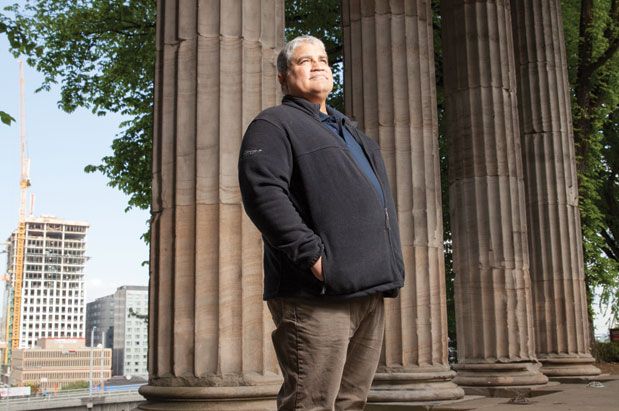 Native New Yorker Patrick Jones moved to Seattle, sight unseen, more than two decades ago with only $300 to his name. His cross-country trek was made possible thanks to a loan from a drug rehab center and a friend who wanted to help Jones escape addiction and a toxic environment. Jones, now 57, has been paying it forward ever since. His work as an activist and organizer on Capitol Hill has helped him create community in the neighborhood—and earned him the nickname “The Mayor of Melrose.”

Six years ago, Jones launched Concert at the Columns, a now-annual summer music series at Plymouth Pillars Park, as a way to showcase local talent and create an opportunity for Capitol Hill’s homeless population and residents to interact in a positive way. It’s all about fostering mutual respect, says Jones, who believes his own battles with addiction and mental health issues have been key to building rapport with others who may be facing similar issues.

“When people feel you’re being judgmental, they can’t wait to get the hell away from you,” he says. In addition to organizing these free concerts, “The Mayor” also heads The Melrose Project, a coalition of Capitol Hill business owners committed to keeping nearby public spaces clean, safe and inviting. Although he hopes that his work in the local community could serve as a template for citywide efforts in dealing with homelessness, Jones says his greatest priority is helping the disadvantaged feel self-confident and optimistic.

“I want something so that [they] can see that they’re not broken,” Jones says.