In Molly Wizenberg’s Intimate New Memoir, Nothing is Off-Limits 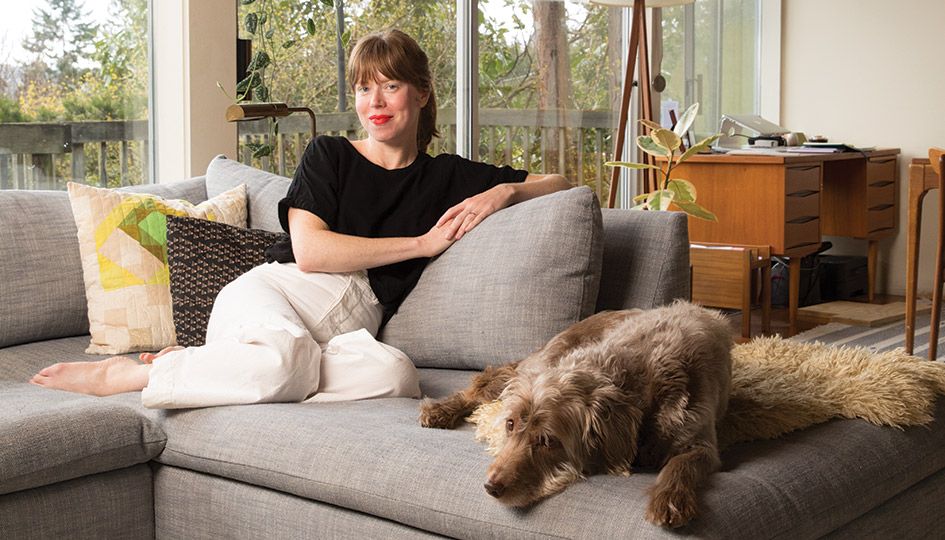 Sex. Death. Divorce. Home baking. Molly Wizenberg’s writing is at its best on topics that find many people at their worst.

The 41-year-old North Beach resident is a celebrity of the local food world: the evocative voice behind James Beard Award–winning food blog Orangette (which Wizenberg last updated in 2018) and the books A Homemade Life and Delancey; cofounder of the Delancey pizzeria in Ballard; and the quick-witted cohost of the 10-year-old podcast Spilled Milk. But Wizenberg’s latest book, The Fixed Stars (August 4, Abrams Press, $25), is an emotionally charged story of self-discovery and sexual fluidity that moves the memoirist squarely out of the realm of food writing.

“I’ve always loved to write about the things people don’t want to talk about in polite conversation,” Wizenberg says. In A Homemade Life, that thing was the death of her father; in Delancey, it was the grueling burden of starting a new restaurant and a new marriage all at once. In The Fixed Stars, Wizenberg discloses—with a natural talent for conveying both grace and grit—the shift in her sexuality that occurred when she, while serving as a juror, developed a crippling crush on the female defense attorney. It derailed her marriage and forced her to question her sense of self. As much as it’s a story of coming out, it’s also about the evolution of her partnership with then-husband Brandon Pettit and the guilt she suffered in being a mother to now 7-year-old June while holding space for her own sanity, which included opening her marriage to date other people.

How does one shift from writing granola recipes to detailing such intimate experiences? Fans of Wizenberg know her writing has never been about food only. It’s largely been about relationships—with each other, and with food. And it seems no topic is off-limits. “I feel like if I write honestly…it almost gives me a certain kind of immunity,” she says. “It makes me feel somehow inoculated, strangely safe in myself. Writing in a very truthful way about my own life has rarely felt frightening to me.”

That self-assuredness doesn’t insulate her against imposter syndrome, something Wizenberg says she suffers particularly when being labeled an LGBT author, which has been happening in the press about The Fixed Stars. The author is now married to a nonbinary partner named Ash. “I don’t think of myself as a lesbian. But I also don’t think of myself as not a lesbian,” Wizenberg says, identifying herself as queer. “But [as I was writing this book] there was such a strong voice in my head who said, ‘Who is this cis white lady who lived in the straight world for so long, why does she get to write about this?’” Her spouse, a psychotherapist who works actively with the queer community, has eased some of that concern: “They told me, ‘This is your story—you haven’t claimed it to be anyone else’s.’”