The Must List: The Cherry Orchard, Dancing on the Valentine, Rube Goldberg at MoPop

What to do in Seattle in the days ahead 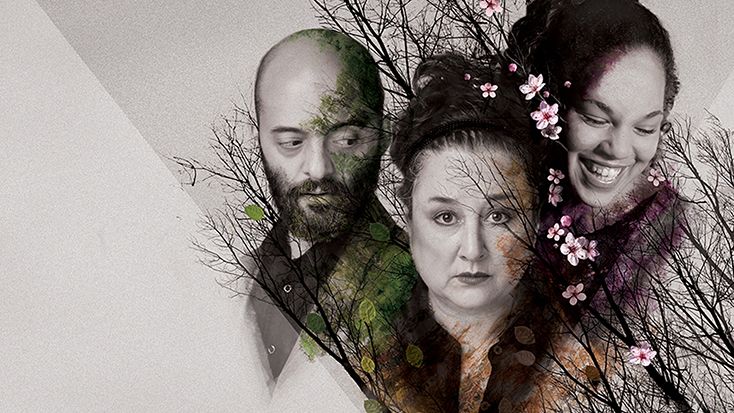 Must Celebrate
Rube Goldberg at MoPop
(Opens 2/11) “I consider myself the most prolific inventor in America today,” said Reuben Lucius “Rube” Goldberg, whose highly perverse, needlessly complex inventions worked great in syndicated cartoons, games like Mouse Trap, an OK Go video—and the Museum of Pop Culture’s (MoPop) world-premiere exhibit of his seven-decade career, the first Goldberg retrospective in half a century. Although he won the 1948 Pulitzer for a silly cartoon about the bomb, about 50,000 of his drawings are the bomb, including the “Automatic Hitler-kicking Machine,” which required one cat, one mouse, one stripper and one Führer. Opening day festivities include a Q&A with OK Go’s Damian Kulash. Times and prices vary. MoPop, Seattle Center, 325 Fifth Ave. N; 206.770.2700; mopop.org

Must Listen
Conversation with Trayvon Martin’s Parents
(2/15) Sybrina Fulton and Tracy Martin discuss their book about their son’s life and the Black Lives Matter movement he inspired, Rest in Power: The Enduring Life of Trayvon Martin, brought to you by Seattle Arts & Lectures. George Zimmerman, who claims the Martins “did everything they could to capitalize on [their] son’s death,” sold the gun he used to kill Trayvon Martin for $250,000 and plans to use the money to fight Black Lives Matter. So this book matters. 7:30 p.m. SOLD OUT. Town Hall, First Hill, 1119 Eighth Ave.; 206.652.4255; townhallseattle.org

Must Watch
The Cherry Orchard
(Through 2/19) The Seagull Project, an ensemble committed to performing only works by Anton Chekhov, takes you on a journey to the countryside outside of Moscow, where the playwright sets his final play, The Cherry Orchard. Written when Russia was on the verge of an earth shattering revolution, Chekhov’s play finely illustrates the constant of change and is arguably the best example of his unique brand of dark humor. The award-winning Seagull Project cast breathes vital, new life into this classic story, with poignant themes for today’s audience. Times and prices vary. Act-A Contemporary Theatre, Downtown, 700 Union St.; 206.292.7676; acttheatre.org

Must Mollusk
Octopus Blind Date at Seattle Aquarium
(2/14) The octopus is always a must-see when visiting Seattle’s waterfront aquarium, and this Valentine’s Day there’s a chance two of them might put on a show. Pancake and Raspberry, the facility’s male and female giant Pacific Octopuses, will be introduced to each other for the very first time, and the public is invited to see if they hit it off. Our friends at the aquarium wonder, “Will her three hearts skip a beat? Will he wrap his eight arms around her?” We’ll have to wait and see; here’s hoping the two cephalopods don’t get stagefright. Noon, prices vary. Seattle Aquarium, Downtown, 1483 Alaskan Way; 206.386.4300; seattleaquarium.org