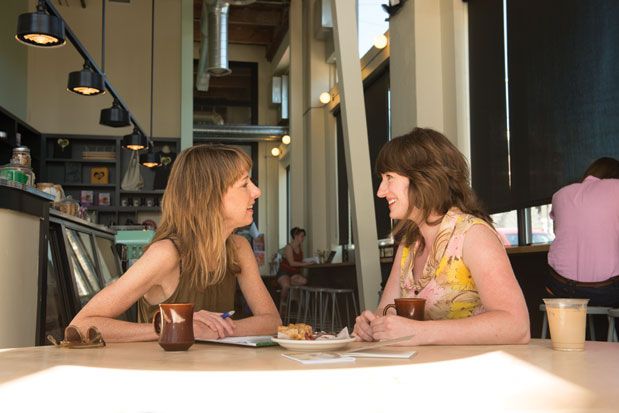 Nancy Guppy: How would you describe your creative self?
Kate Lebo: I’m a poet who bakes and teaches.

NG: Tell me about A Commonplace Book of Pie.
KL: I wanted to write a book with an absurd but fun premise, which is that your favorite pie says something about you. So it’s a collection of facts, both real and imagined, about pie.

NG: Is there a relationship between poetry and pie?
KL: What’s important to me about pie and poems is reclaiming the domestic space as a valid place to make art. So in my kitchen, at my kitchen table, with materials of domesticity, I make art.

NG: How many pies have you made in your life?
KL: I have no idea. Much like I have no idea how many times I’ve watched Pride & Prejudice. I do know that the most pies I can make in a day is 22. After that, my head explodes.

NG: Why do people like pie?
KL: I’m writing a [second] book to answer that question. I still have no idea how to summarize it except to say that pie is rich and sweet and warm, and on some base body level, we want it. And pie is love—when it’s made for us, we feel cared for.

NG: What’s the most common pie-making mistake?
KL: There are three: anxiety, touching the dough too much and using too much water.

NG: When do you know that something you’ve made is good?
KL: With writing, it’s seeing a structure click into place that you didn’t realize you were doing. With pie, I just look at it and I know.

NG: What’s the most pie you’ve ever eaten in one sitting?
KL: At the Iowa State Fair I judged three pie divisions and ate at least 50 bites of pie.

NG: Did you feel sick?
KL: Yeah, but only because I had a pork-chop-on-a-stick earlier in the day.