The jazz composer pays tribute to the Northwest poet 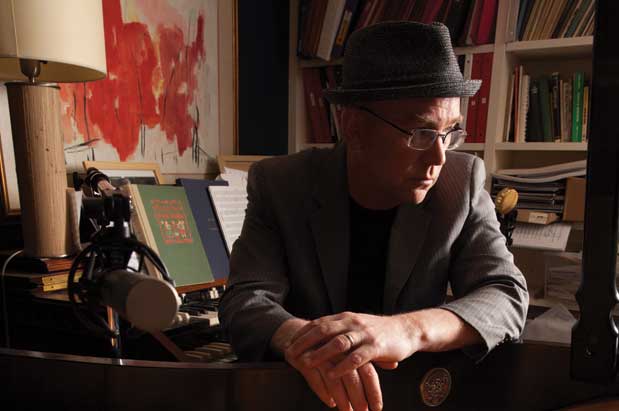 Wayne Horvitz turns 60 this month, and he’s celebrating the way any jazz musician worth his salt would—by playing an epic ton of gigs.

The venerated composer, pianist and local jazz booster released a new album in July, called Some Places Are Forever Afternoon. The 12 cleanly modern compositions for septet alternately lilt like a waltzing couple, slink around corners like a cat or barge in like a drunk. Each of the pieces was inspired by a poem by Richard Hugo, the White Center–born writer known for his tightly evocative sense of place. Horvitz first learned of Hugo by way of the Hugo House literary center, where this month (9/18, 7 p.m.) he’ll perform tracks from the album. After a Northwest tour, he returns to play the Earshot Jazz Festival (10/10). Next, Horvitz heads to Benaroya Hall, where he’ll perform a different composition, also inspired by Hugo, but arranged for orchestra—specifically, the Seattle Symphony, which will perform the world premiere piece Those Who Remain with guitarist Bill Frisell (10/29).

Horvitz says he relates to Hugo’s “sense of the land, the small towns, the post-industrialized landscape of semirural and urban America,” but most of all, he loves the language. “There are lines I can read over and over again,” he says, “and they come more alive each time.” Times, prices and venues vary. waynehorvitz.net