New Netflix Series ‘Cooked’ is a Must See

Why 'Cooked,' which visits Seattle chef Nathan Myhrvold, is a must watch 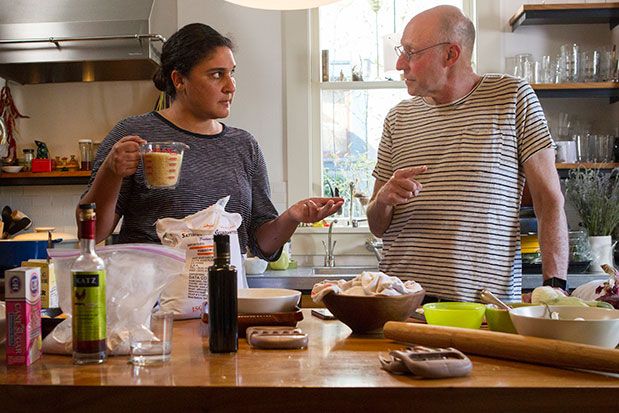 Like many of us in Seattle, I’m getting over a cold. Which is why after work last night on my favorite night of the week to go out (Sunday), I found myself sitting in my bedroom wanting to watch something before going to sleep. A friend had recently given me her Netflix password, so I opened my browser and tried to find something decent.

Inside Llewyn Davis was my first choice – Oscar Isaac is so hot right now! – but Netflix only releases that one on DVD (not very chill of them, if you ask me). So I scrolled around looking for something else. My first stop was Fuller House, the new spin-off of the ’90s sitcom Full House, that’s set 29 years later and features much of the former cast. It was moderately entertaining despite the lack of the Olsen twins, but sadly I couldn’t get through the first episode, even with Uncle Jesse’s overt preening and Kimmy Gibbler’s slapstick self-deprecation.

Next I stopped on The Big Picture with Kal Penn (Penn is one of the stars of the Harold and Kumar movies). This show began detailing the underground drug business and the sales of women and children on the shadow markets of the world. I watched it for a little while but life is short and difficult and I was hoping for something a little less murdery before bed.

And then I found it. It was a show I’d passed over several times thinking it was going to be Netflix’s lame attempt at a game show. But damn was I wrong. Cooked is fantastic. It’s Planet Earth meets the Cooking Network. From food writer Michael Pollan (author of The Omnivore’s Dilemma, among others) and Oscar-winning filmmaker Alex Gibney (Steve Jobs: The Man in the Machine), the documentary series takes a look at the history and importance of food through the lense of the four basic elements: fire, water, air and Earth. We learn the science behind barbecue and bread making. We learn that humans became humans when cooking entered their lives. The series is based on Pollan’s 2013 book of the same name.

Picture a forest on fire, posits Pollan, and when everything’s died down, an early human walks into the burnt ash and finds an animal that’s been cooked and eats it. Or imagine a bowl of porridge in the corner of a house in Egypt thousands of years ago. Someone spills water into it by accident, lets it sit for a few days, forgotten, and suddenly it begins to bubble. Then a person thinks to put it in an oven. Boom, bread is invented and the world changes.

While everyone in the universe should watch this show, the four-part series does have a Seattle connection to hook you in. Pollan visits Modernist Cuisine’s Nathan Myhrvold, a former Microsoft head honcho whose epic food laboratory is located in Seattle, to discover why bread–made up of grain, salt and water–is more nutritious as a whole than those three ingredients are on their own.

There are dozens of reasons to watch this show, but maybe most of all is its insistence on the importance of food in human history and how very recently we’ve started outsourcing the production of food and the slaughtering of animals. The industrialization of food in our society is to be feared. This, like many other environmental issues, is a serious problem and Cooked attempts to explain why.