'The Encyclopedia of Country Living' celebrates 50 years with new edition 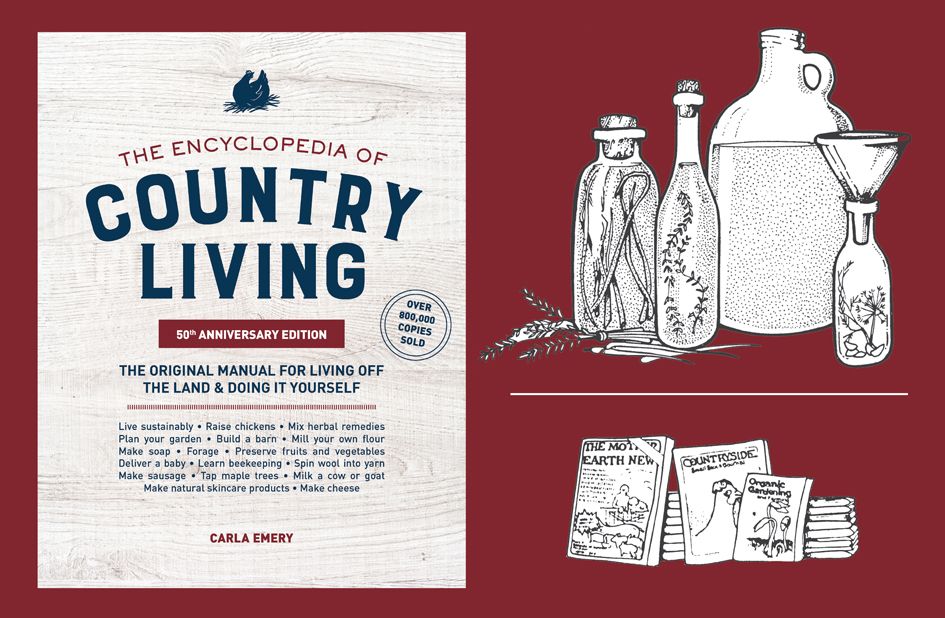 What was once a handbound stack of typewritten pages, titled Carla Emery’s Old Fashioned Recipe Book, has become, half a century later, The Encyclopedia of Country Living: 50th Anniversary Edition (December 3, Sasquatch Books, $29.95). Inspired by the back-to-the-land movement of the ’60s and ’70s, Carla Emery, who died in 2005, self-published her do-it-yourself homesteading guide between 1971 and 1974. Sasquatch Books picked up the title in 1994, selling over 800,000 copies to date. Each of Sasquatch’s subsequent five editions has received timely updates (including a section of online dating advice) but much of the advice from that first book can still be found in this milestone release, such as lessons in harvesting and cooking your own food, butchering a cow and even birthing your own baby alone. But not all lessons require acreage and a farm: Vegetables can be grown on patios, chickens can thrive in yards, and cosmetics can be made with readily obtainable ingredients. Whether you’re a rural resident or an urban dweller, there’s something useful here for anyone who wants to live a more self-sufficient lifestyle.