The many perks of working at Molly Moon’s. 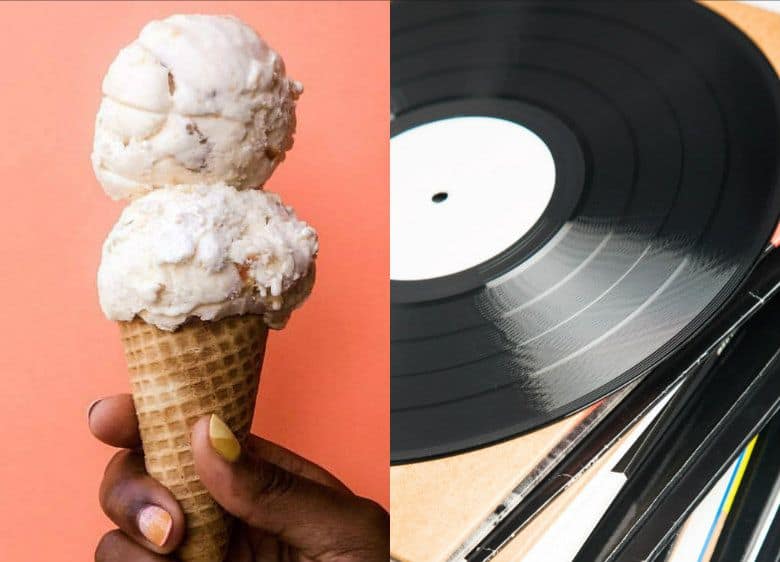 Since opening her first ice cream shop in Wallingford in 2008, Molly Neitzel–who uses her middle name, Moon, for her chain of beloved Molly Moon’s Homemade Ice Cream stores—has had a reputation for providing a supportive work environment for her employees. Many are young musicians who are offered benefits (like health insurance) at 20 hours a week, flexible schedules for recording and touring, and the opportunity to choose their own in-store playlists.

The latest perk? Mooncrew Records, an in-house, employee-only record label. Eric Anderson of indie pop group Cataldo—an area manager for Molly Moon’s and one of its most tenured employees—is the imprint’s first signee.

Mooncrew released the album earlier this year, the band’s fifth album but first for a label with the kind of financial and marketing support Anderson previously generated on his own. (The album, Keepers, was released on vinyl and is available at all Molly Moon’s locations.) “The biggest help was having someone who knows me really well and understands what’s good about my music to let people know,” Anderson says.

It’s no coincidence that the album’s upbeat, poppy tunes go well with ice cream. “I think the record is kind of a good vibe record,” he says. “You’ve got to eat some ice cream while you’re listening to it.”