Spring is the season of new beginnings, a budding promise that rings especially true this arts season with a handful of highly anticipated venue openings and reopenings, each rolling out dynamic programming, performances and refreshed purpose 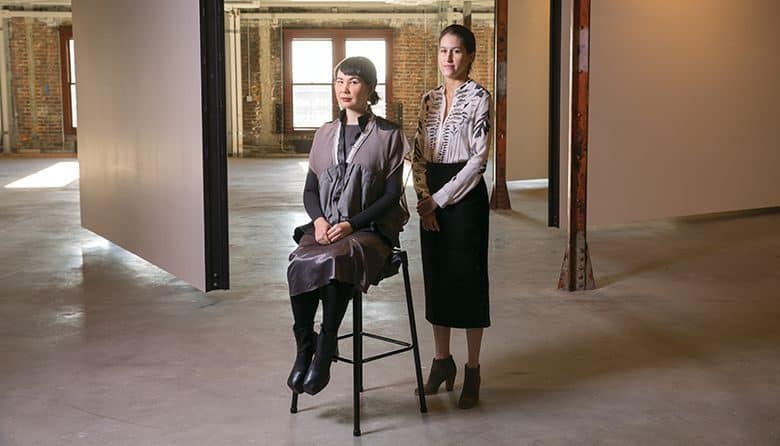 Arts at King Street Station
The city Office of Arts and Culture’s new HQ, an adaptive hub housing its permanent gallery, a community center, performance spaces, administrative offices, meeting rooms and an artist-in-residence studio, will occupy the sprawling 17,130-square-foot third floor of King Street Station in Pioneer Square. The project began construction in 2016, led by Schacht Aslani Architects and Olson Kundig, but well before that time had incorporated months of community outreach and planning to help define its goal, which was ultimately determined to be “a commitment to racial equity.”

Its inaugural exhibit is yehaw, a group show centered on indigenous peoples shepherded by King Street Station program lead, S. Surface, and curated by Native Americans Tracy Rector, a filmmaker, and Asia Tail, an artist, with multidisciplinary creator Satpreet Kahlon. The exhibit includes work by more than 200 established and emerging artists from across the Puget Sound region. Impressively, the collection represents every individual who applied to participate. This is, organizers say, to “reflect a nuanced, inclusive narrative that firmly establishes Native creatives as belonging in the here and now,” and is as refreshing a statement as it is an interpretation of what—and who—gets to define art. Expect the works of to challenge and inspire, and the space itself to set the stage for how Seattle moves the conversation of race forward, with art as the mediator. Exhibit: 3/23‒8/3. Times vary. Free. Arts at King Street Station, Pioneer Square, 303 S Jackson St.; 206.684.7171; seattle.gov/arts

Town Hall
Closed for renovations for nearly two years, this arts and culture center, located in a historic century-old Roman Revival building on First Hill, is expected to softly open sometime this spring (it had scheduled a series of performances for March that in the wake of construction delays have been distributed to other venues across the city). When it does, take in a show and check out the $25 million of upgrades, including a new full bar serving cocktails, beer, wine and small plates (and you can now take those drinks with you into the Grand Hall, which will still accommodate 1,000 in its old church pews); a new room for intimate readings and performances that seats 300; 17—count ’em—17 individual gender-neutral bathrooms; permanent art installations made by local art collective Electric Coffin; acoustic upgrades; and more. Stay tuned for details about its official grand opening, the Homecoming festival, which we’re told will happen in September. Dates, times and prices vary. Town Hall, First Hill, 1119 Eighth Ave.; 206.652.4255 The stunning exterior facade of Seattle Opera at the Center, seen from Mercer Street and Fourth Avenue N. Photo by Sean Airhart

Seattle Opera at the Center
Although Seattle Opera’s brand-new civic center officially opened last December, this season marks the first full year of offerings at the venue, a four-story, 105,000-square-foot, $60 million, NBBJ-designed building on Mercer Street next to McCaw Hall. The exterior’s attention-getting facade—glass walls and panels of scrim that can be lit up to glow and sparkle and be programmed for various lighting effects—gives a dazzling taste of what’s inside. Replacing the cramped John Street facility in South Lake Union, this structure houses the company’s scenery and costume facilities, rehearsal spaces (one the same size as McCaw’s stage), practice rooms, administrative offices, and a 200-seat performance space, enabling more chamber opera (works too intimate for McCaw Hall), lectures and other educational presentations. Its open design and glass walls are intended to attract the public and make this sometimes-intimidating art form both literally and metaphorically more transparent. Spring events in concert with its production of Carmen—presentations, performances and public discussions—were still coming together at press time; check website for updates. Seattle Opera at the Center, Seattle Center, 363 Mercer St.; 206.389.7676; seattleopera.org 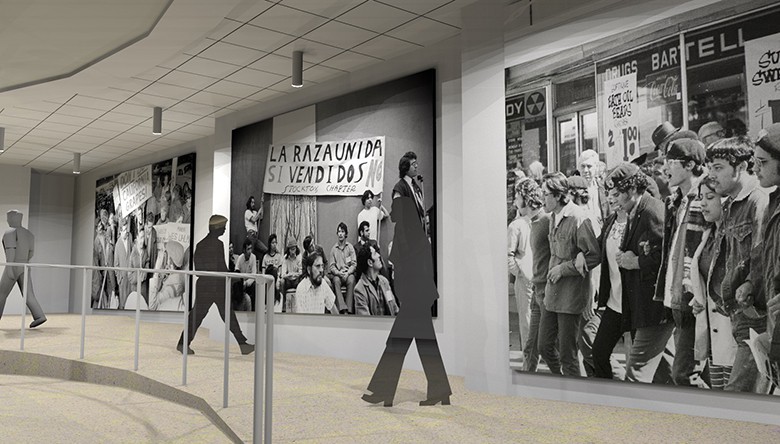 The Sea Mar Museum centerpiece, a rotunda guiding viewers through the Chicano/a Latino/a experience in the Pacific Northwest. Photo by Bazan Architects

Sea Mar Museum of Chicano/a Latino/a Culture
Community-based organization Sea Mar, which has long specialized in providing health, housing and educational services to Latinos (it was founded by a group of Chicano students from the University of Washington in 1978), has extended its services further to include that of cultural stewardship. “Culture is a big part of community services,” explains museum director Teofila Cruz-Uribe, of the range of services offered at its new 10,000-square-foot facility in South Park, a Latino-centric neighborhood. Designed by Bellevue architect Jose Bazán, the sleek, modern structure will function as both a museum and community center. The museum documents the Chicano and Latino experience in the Pacific Northwest, and will include life-size labor camp cabins, an antique pickup truck used by migrant workers, and temporary and permanent art exhibitions. Its community services will include a medical and behavioral clinic for youth; the Spanish radio station KKMO-AM 1360; and a large room for private and public events, equipped with a commercial kitchen and a stage custom built for dancers, including the Mexican folkloric dance ensemble Bailadores de Bronce, which will practice there. Opening sometime this spring, the new museum, the first of its kind in the state, is destined to be an immersive gathering place to celebrate the history and achievements of the Latino community while also working to help it achieve a healthy future. Grand opening date, festivities and museum hours TBD. Free. Sea Mar Museum of Chicano/a Latino/a Culture, 9635 Des Moines Memorial Drive, South Park; seamarmuseum.squarespace.com Octave 9: Raisbeck Music Center
This $6.7 million overhaul, scheduled for completion in mid-February, will transform the Seattle Symphony Orchestra’s dated music education space, the Soundbridge Seattle Symphony Music Discovery Center in Benaroya Hall, into a versatile new performance venue that unites technology and design in what the symphony describes as an “immersive environment for inventive performances, education opportunities and community engagement.” State-of-the-art sound and recording features include modular components, such as a surround screen with the ability to be modified and re-arranged depending on the performance; motion-capture cameras; a new, tricked-out 42-speaker, 30-microphone sound system with the technology to create 360-degree experiences—in both the real and virtual worlds; and adaptable acoustics that will transform the space from a 50-seat cozy lounge into a concert hall with all of its spacious sound. This spring, expect adult and children’s concerts, lectures and two special events: a free March 3 open house, and a 24-hour new-music marathon from 5 p.m. on March 23 to 5 p.m., March 24, with SSO musicians working in shifts to play music by more than 50 composers. 3/3; 3/23–3/24. Times, prices and more information TBD. Octave 9: Raisbeck Music Center, downtown, 200 University St.; 206.215.4747; seattlesymphony.org

Editor’s Note: This article has been updated since print publication.