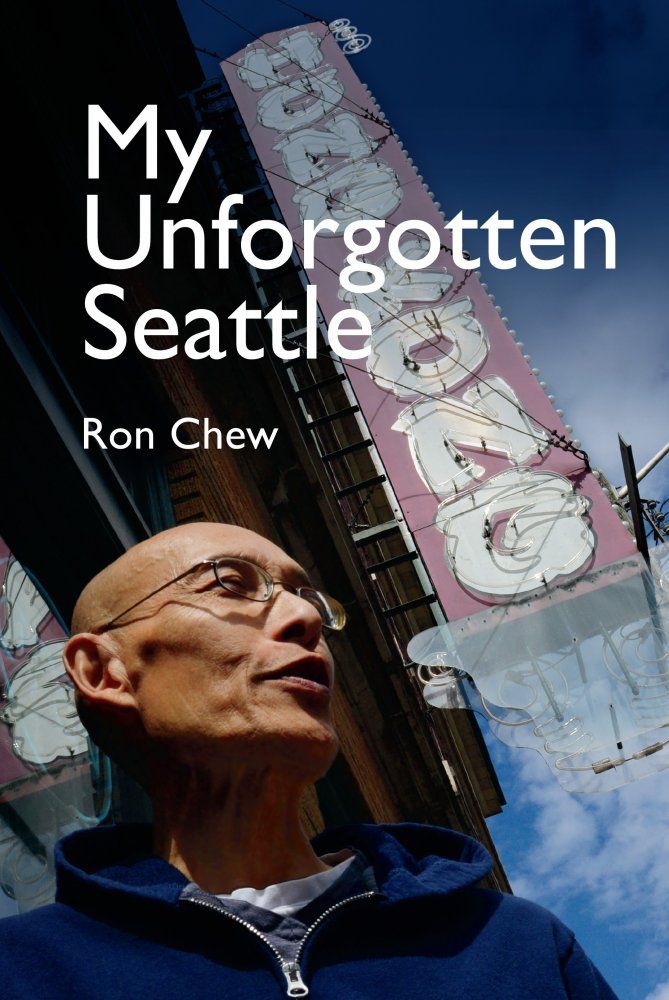 Ron Chew is well-known in the Puget Sound region as the former editor of the International Examiner, a news outlet focusing on the Northwest’s Asian Pacific American communities, and as the former director of the Wing Luke Museum, which documents the Asian Pacific American experience. Chew led the successful campaign to transform a historic hotel into the museum’s permanent home. Chew’s book, My Unforgotten Seattle, is a deeply personal memoir about the tight-knit Asian American community in the region. In October, it was published by the International Examiner and distributed by University of Washington Press.

In early fall of 2016, I left my house on Beacon Hill to start my 5 a.m. run. I donned my usual attire: a long-sleeved T-shirt, a neon-yellow windbreaker, gloves, sweatpants and a bright headlamp. My two sons slept.

The streets looked abandoned. A brisk wind whipped past me, scattering dry leaves along the sidewalk. I reached the southeast corner of Spokane Street and Beacon Avenue South. I ran on a dirt and gravel trail along the edge of the Jefferson Golf Course, surrounded by bushes and shrubs and a lane of trees. I felt like I was entering a secluded forest. This pleasant illusion evaporated when the first early morning golfers arrived, wheeling bags behind them. For now, it was wonderfully peaceful.

My mind drifted back in time. I remembered when there were few cars, no traffic jams. I knew all my neighbors. Friends sent handwritten letters. Cell phones, the internet, personal computers and social media didn’t exist. The downtown skyline was dominated by the Smith Tower. I didn’t feel uneasy about going anywhere late at night. The only major league sport in town was Big Time Wrestling, staged for naïfs like me.

On my return jog, cars and buses began to fill the streets. Car horns, exhaust fumes and pedestrians hurrying toward bus stops broke my reverie.

I thought about the murder of Donnie Chin, founder and director of the International District Emergency Center. He had been a friend most of my life. It had been a year since his death. He was a native son of Seattle like me, immersed in Chinatown activities and shaped by the civil rights movement. He was 59, a few years younger than me. I still hadn’t accepted that he was gone.

Donnie worked as a self-taught street medic in Canton Alley. On July 23, 2015, he was killed in the crossfire between rival gangs. Responding to reports of trouble at a nearby hookah lounge just before 3 a.m., he drove his car along Eighth Avenue South, where he was struck by a sudden hail of bullets.

After a year of waiting, Donnie’s killers had still not been identified. As the days and months stretched on, I knew that justice might never come.

I sprinted past the Beacon Hill Library, its glass and slate-shingle façade glittering in the early morning sunshine. I made a last turn for home. I quickly showered and dressed. Dark thoughts dogged me for the rest of the day.

In the week immediately after this run, I decided to write this book. Donnie’s passing reminded me of the fragility of life. His death awakened the memory of another friend, Gene Viernes. He and fellow activist Silme Domingo were gunned down on June 1, 1981, at the cannery union hall in Pioneer Square. Gene moved here from Wapato, a small town in central Washington, to work with Silme on union reform and to protest against repression in the Philippines. I thought I had come to terms with their deaths. Maybe I hadn’t.

Ike, Auntie Wilma, Auntie Ruth, Rachel, Uncle Bob, Charles Z., Frank and Brother Al were community heroes who steered Seattle from its stolid neglect into a new era of racial inclusion and social consciousness. I feared they would be forgotten, like wax figures shunted to the darkened corner of a museum gallery.

Where were the people I grew up with? I didn’t see them on the Hill. I didn’t bump into them in Chinatown. They resettled in places we once considered a separate universe — North Seattle, Shoreline, Everett, Bellevue, Issaquah, Maple Valley, Kent, Skyway, Burien, Federal Way and Tukwila. I reconnected with them on Facebook, not in person.

The “hood” was no longer my hood. I felt like a ghost transported to the future. I was lost. I woke to discover “Notice of Proposed Land Use Action” signs everywhere. Skinny new homes and tall apartment buildings — made with bland earth tone panels and flat windows — cast jarring shadows over the aging bungalows and ramblers.

The world I knew was nearly gone. I was witnessing a kind of climate change, certain and irreversible.

In early September 2016, I began writing this memoir to pay homage to the city I once knew and the people and places that defined its character for me and a generation of peers. I went to my basement to scour personal papers, documents, newspaper clippings and sepia-tinted newsletters.

On August 27, 2017, my cousin Ben and I drove to the University District to find the exact location of the old hand laundry that my father and his brother operated in the 1950s. The laundry — at 1316 N.E. 43rd Ave. — is now Samir’s Mediterranean Grill. Ben and I chatted with the owner, Samir Alawar. He was an effervescent 61-year-old refugee from Lebanon who remodeled the space in the 1970s. Ben and I then went to look for the old house in which I spent my first year or two of life. Ben’s family lived there, too. It was three blocks away, at 4134 Brooklyn Avenue N.E. It had been demolished to make way for a five-story apartment building.

I was reminded that our history is built on the precarious foundation of what is remembered, acknowledged and disclosed. In the new Seattle, I still had much to discover of my own past.